I just saw ‘The Electrical Life of Louis Wain’ at a local film festival and was pleasantly surprised when you made an appearance. What attracted you: did you know the life and work of Louis Wain or was it the fact you were playing H.G Wells that made you want to take on the part? 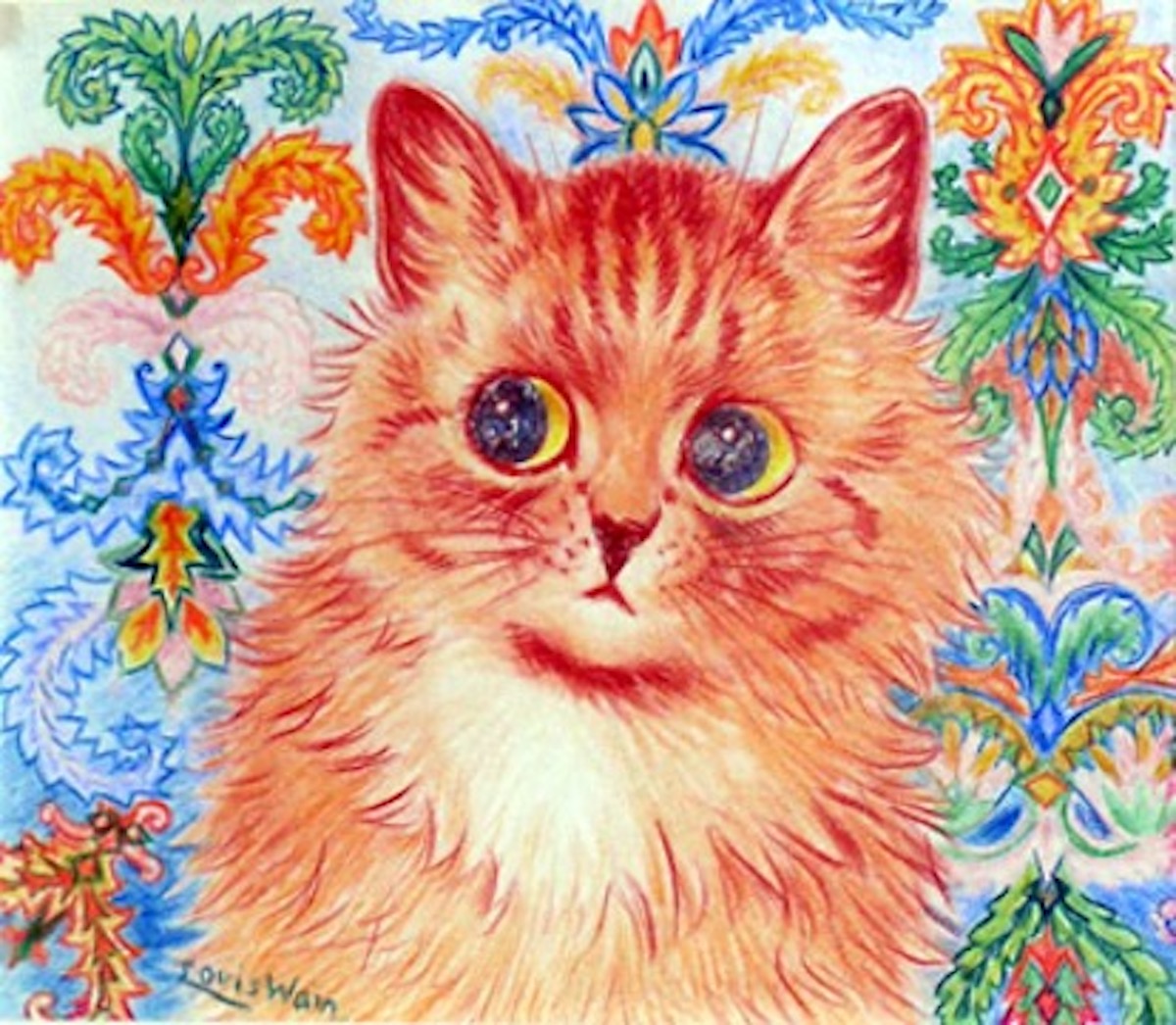 I have heard and loved your collaborations with David Tibet. How did you meet him?

How does it feel to be back from the tour?

In Melbourne, back in the late 70s, my friend, the artist Tony Clark, showed me a book of Louis Wain paintings. For those who don’t know, Louis Wain was an Edwardian artist who painted anthropomorphised — or humanised — cats. His art has a visionary intensity that is uniquely his own, and the book, quite simply, blew my mind. I fast became a Wain disciple.

A few years later, in London, I was introduced to the musician, poet and artist, David Tibet, who had an extensive collection of Louis Wain paintings. David and I became very good friends and met regularly, together with screenwriter, Geoff Cox, at a Spanish restaurant in Notting Hill where we talked art and religion — and got pissed. Over the years David sold me some of his Louis Wain paintings, and I also collected them from other sources. I had a sizeable collection for a while but it has dwindled of late, as I have given them away to friends and family and museums.

I happily accepted the role of the writer H. G. Wells in the movie, ‘The Electrical Life of Louis Wain’, not just because of my long and abiding love of Louis Wain, but because the script was good, the role was relatively unchallenging, and I didn’t have to cut my hair like H.G. Wells. It is a beautiful, heartfelt hallucination of a film about a most singular and extraordinary man. I highly recommend it.

Pamela, it is difficult to exaggerate how much the tour with Warren meant to me. It was a glorious thing — a show that was free to morph and change and blossom. It was truly affecting to see people learn how to be an audience again after all these months, just as we had to work out how to do a show again.

It is good to be home though, and to open my laptop and read the hundreds of questions that have banked up over the last couple of weeks, and be reminded of the great privilege it is for me to be a part of this project with you all.