Why did you give up on your relationship with PJ Harvey in the 90s? I love her music. I think she’s an amazing person and she writes brilliant songs. 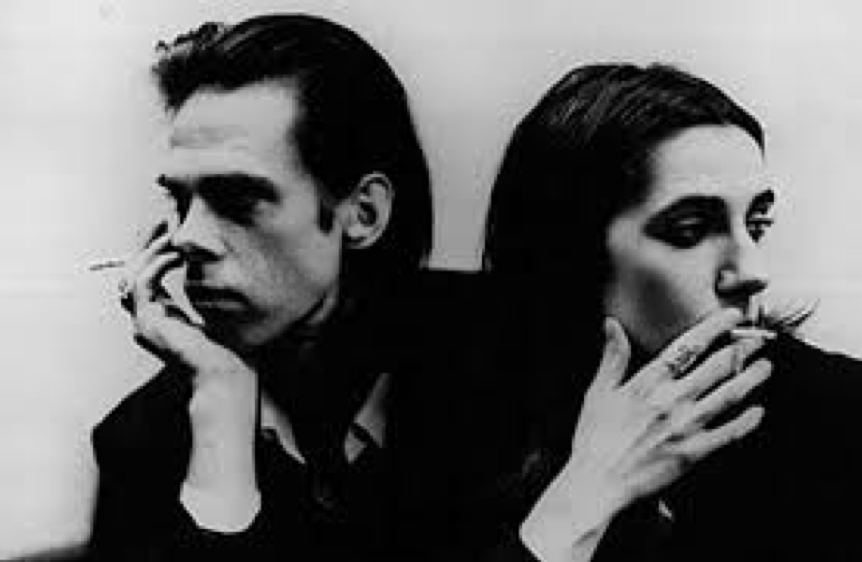 I had a real hard time with your music, my boyfriend was a fan, until The Boatman’s Call. This record really spoke to me. Can you explain?

The truth of the matter is that I didn’t give up on PJ Harvey, PJ Harvey gave up on me. There I am, sitting on the floor of my flat in Notting Hill, sun streaming through the window (maybe), feeling good, with a talented and beautiful young singer for a girlfriend, when the phone rings. I pick up the phone and it’s Polly.

“I want to break up with you.”

I was so surprised I almost dropped my syringe.

Deep down I suspected that drugs might have been a problem between us, but there were other things too. I still had a certain amount of work to do on my understanding of the concept of monogamy, and Polly had her own issues, I suspect, but I think at the end of the day it came down to the fact that we were both fiercely creative people, each too self-absorbed to ever be able to inhabit the same space in any truly meaningful way. We were like two lost matching suitcases, on a carousel going nowhere.

Songwriting completely consumed me at that time. It was not what I did, but what I was. It was the very essence of me. Polly’s commitment to her own work was probably as narcissistic and egomaniacal as my own, although I was so deep into my own shit that I can’t really comment on this with any certainty. I remember our time together with great fondness though, they were happy days, and the phone call hurt; but never one to waste a good crisis, I set about completing The Boatman’s Call.

The Boatman’s Call cured me of Polly Harvey. It also changed the way I made music. The record was an artistic rupture in itself, to which I owe a great debt. It was the compensatory largesse for a broken heart, or at least what I thought at the time was a broken heart – in recent years I have re-evaluated that term. The break up filled me with a lunatic energy that gave me the courage to write songs about commonplace human experiences (like broken hearts) openly, boldly and with meaning – a kind of writing that I had, until that date, steered clear of, feeling a need to instead conceal my personal experiences in character-driven stories. It was a growth spurt that pushed me in a direction and style of songwriting that has remained with me ever since – albeit in different guises. It also pointed a way to a more poignant, raw, stripped back way of performance – the suspended and barely supported vocal. The Bad Seeds, to their eternal credit, stepped back and just let these piano-driven songs be. There are few bands on earth that understand that to not play, can be as important as its opposite.

Tanya, maybe it is a combination of all of these elements that changed the way you felt about The Bad Seeds’ music. Perhaps there is also a feminine energy within The Boatman’s Call which you respond to. It feels a wiser, more empathetic record than anything that had been done previously, but whatever the reason, I am happy that you were drawn into the fold.