I would love to know how you feel about your writing now. Did it get easier after what seemed to be quite a challenge around “Skeleton Tree”? (I think I remember you saying in “One More Time with Feeling” that you kind of lost your grip on lyric writing for a while). Do you feel like you are changing now as a songwriter, perhaps in the light of the strong communion with fans? How is the process now? 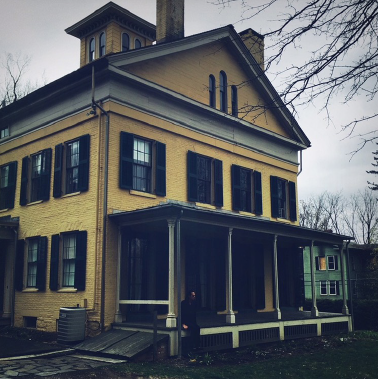 The good news is that in the last year I have felt intensely connected to my writing. Something has definitely shifted and I have written a lot of new stuff. I can’t tell you what a relief this is. I am writing much more and it is strong and focused, in my opinion. But, you are right, for a year it had been difficult to work out how to write, because the centre had collapsed and Susie and I had been flung to the outer reaches of our lives. We were kind of outlanders floating in deep space.

But what had collapsed? What is at the centre of our lives? In an artist’s case (and perhaps it is the same for everybody) I would say it is a sense of wonder. Creative people in general have an acute propensity for wonder. Great trauma can rob us of this, the ability to be awed by things. Everything loses its sheen and appears beyond our reach. We were surviving, but we were surviving in exile on the perimeter of our lives, way beyond anything that mattered.

We all needed to draw ourselves back to a state of wonder. My way was to write myself there.

So how do we return to our lives – to the awe of existence – and reclaim a sense of wonder? Well, for me, it had something to do with work but it also had something to do with community. Work and community. I kind of realised that work was the key to get back to my life, but I also realised that I was not alone in my grief and that many of you were, in one way or another, suffering your own sorrows, your own griefs. I felt this in our live performances. I felt very acutely that a sense of suffering was the connective tissue that held us all together. It was these two things – community and work – that showed Susie and me a way forward. Work became the lifelines thrown out to us as we floated lost in narcissism and self-absorption. It also became very clear to both of us that we were not alone! We could see there were many others out there, floating around in the dark, outside of their lives. It seemed to be everywhere we looked – people in search of meaning and wonder.

We all needed to draw ourselves back to a state of wonder. My way was to write myself there. I sat and wrote and wrote, and in doing so I found a way back, or at least a way through the veil of grief, to the other side. I felt very strongly that the communal suffering, and our ability to transcend it, was the thing that held us together. This was not some pessimistic worldview, quite the opposite really. It became clear that as human beings we have enormous capabilities that allow us to rise above our suffering – that we are hardwired for transcendence. This was an acute realisation that changed the nature of our relationship to everything.

To answer your question as to whether the lyric writing has changed, I would say that it has shifted fundamentally. I have found a way to write beyond the trauma, authentically, that deals with all manner of issues but does not turn its back on the issue of the death of my child. I found with some practise the imagination could propel itself beyond the personal into a state of wonder. In doing so the colour came back to things with a renewed intensity and the world seemed clear and bright and new. So I am very happy about this. It feels good to have a notebook full of words again.

Here is a lyric, called Fireflies, which I wrote a few months ago that circles around this idea.