Who is the ‘Girl in Amber’? 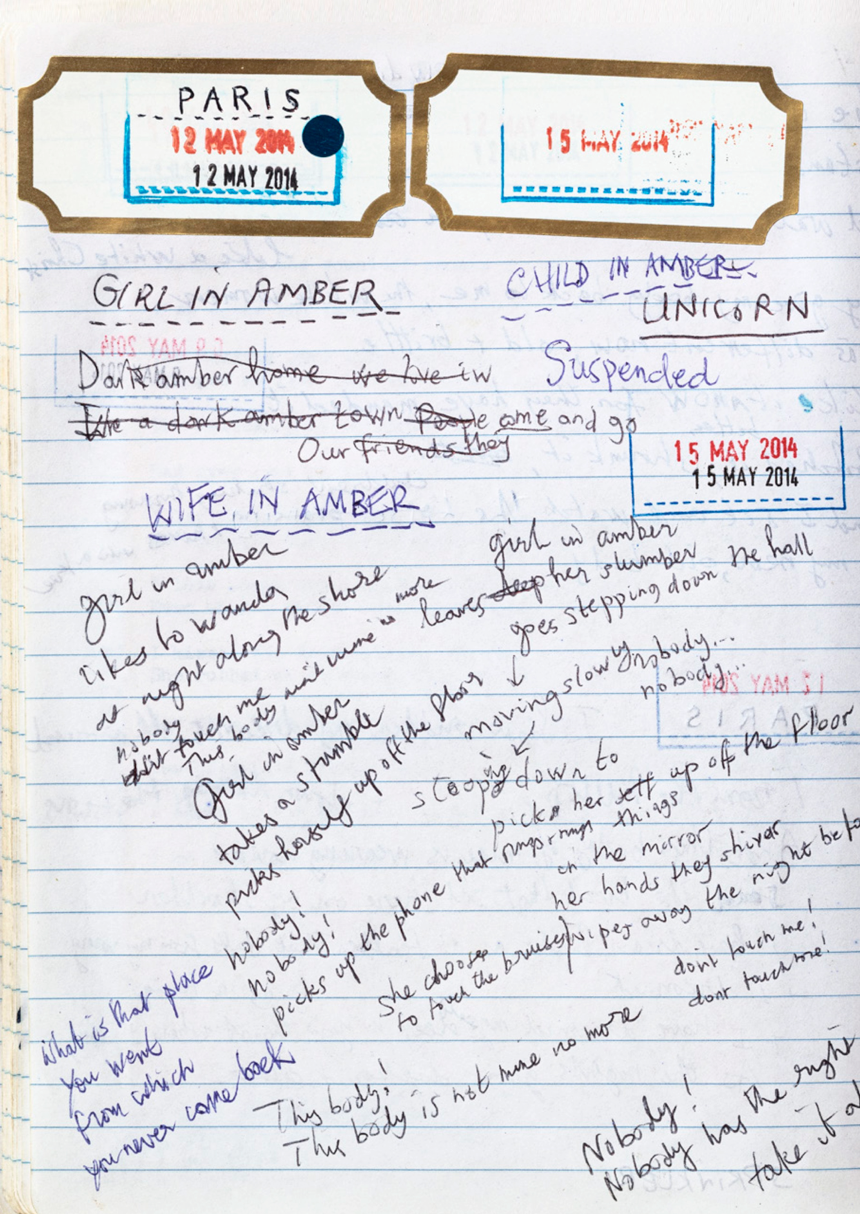 ‘Girl in Amber’ is about your grief, right? I know Skeleton Tree was largely written before, but I can’t help but wonder.

Please tell us something about ‘Girl in Amber’?

‘Girl in Amber’ brings me to tears and I have no idea why. What is the story behind this song?

I just want to express my gratitude for ‘Girl in Amber’. I have never really felt anything which expressed my feelings about the death of my daughter, but this song does somehow. It has had a cathartic and necessary effect on me for which I am thankful.

‘Girl in Amber’ is a song wrapped around a mystery. It is a song that formed itself as if from a dream and it seems to possess a special, almost mystical, power.

Back in 2014, I was sitting at Warren’s kitchen table after a day of making music in his little studio at the back of his house in Paris. On the table was a paperweight with a spider trapped inside, and the title ‘Girl in Amber’ slipped into my mind. I remember feeling happy, because I rarely get given titles for songs — the title almost always comes after a long struggle with the words — and this one seemed alive with meaning. It made me think of people I knew who were in a state of stasis, forever locked in the past, but it was not about anyone in particular. Or so I thought.

I recorded a version of the song that day, improvising the repetitive, mantra-like lyric, and then forgot about it.

A year or so later, I was in another studio in Paris attempting to finish Skeleton Tree. Things had changed. Arthur, my son, had died a few months earlier and I was existing in a kind of fugue-state, numbly sitting in the studio listening to the songs, trying to make sense of the material we had been working on over the last year, and as I listened to the version of ‘Girl in Amber’, I was completely overwhelmed by what I heard.

It was suddenly and tragically clear that ‘Girl in Amber’ had found its ‘who’. The ‘who’ was Susie, my wife — held impossibly, as she was at the time, within her grief, reliving each day a relentless spinning song that began with the ringing of the phone and ended with the collapse of her world. The eerie, death-obsessed second verse seemed to speak directly to me, and I added the half-line ‘Your little blue-eyed boy’, but left the rest of the verse as it was. There were a couple of lines in the song that made little sense, but I left them unchanged for they brought a fractured inarticulateness to the lyric, which added to its mysterious, emotional pull. I added the line ‘Don’t touch me’ in the mixing session some months later. It felt true.

In 1998, I wrote in a lecture called The Secret Life of the Love Song about the strange, second sight that certain songs seemed to have, and certainly there are a number of songs on Skeleton Tree that appeared to speak into the future, but nothing as acutely and tragically as ‘Girl in Amber’. ‘Girl in Amber’ seemed to possess an uncanny clairvoyance, a secret intelligence — the song was already deep in mourning before the tragedy had occurred.

When I sang ‘Girl in Amber’ on the Skeleton Tree tour, it felt very much as if I was singing into the terrible present — my wife still trapped in the amber of her grief. Last month I performed it on the In Conversation tour. Three years had gone by and it struck me as I sang it, alone at the piano, that I was speaking to the past, and that Susie had been released, at least in part, from the suffocating darkness that surrounded her. There was some air and some light between her and the world. Time had done its work.

Liz, I would like to think that ‘Girl in Amber’ went some way toward releasing both my wife and me from the paralysis of our grief, as you suggest it helped you. I would also add that it has been my experience that although we are all, in some way or another, imprisoned by the events of our seemingly intractable pasts, in time, patient time, we heal. 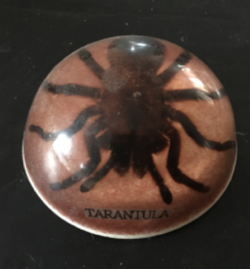 ‘THE PAPERWEIGHT’ PHOTOGRAPH BY WARREN ELLIS