I recently received a pair of ‘Bad Seed’ tube socks as a birthday present. A thoughtful gift from a dear friend, but they have left me somewhat confused. The almost spiritual connection I feel to you and The Bad Seeds’ work seems at odds with what is essentially banal (though very nicely designed) merchandise. I love the socks, I’ve worn the socks, but I feel they might be a representation of everything your work isn’t.

I wonder what your thoughts are on the merchandising of art, and whether or not you’d wear tube socks with the name of an artist you greatly admired on? 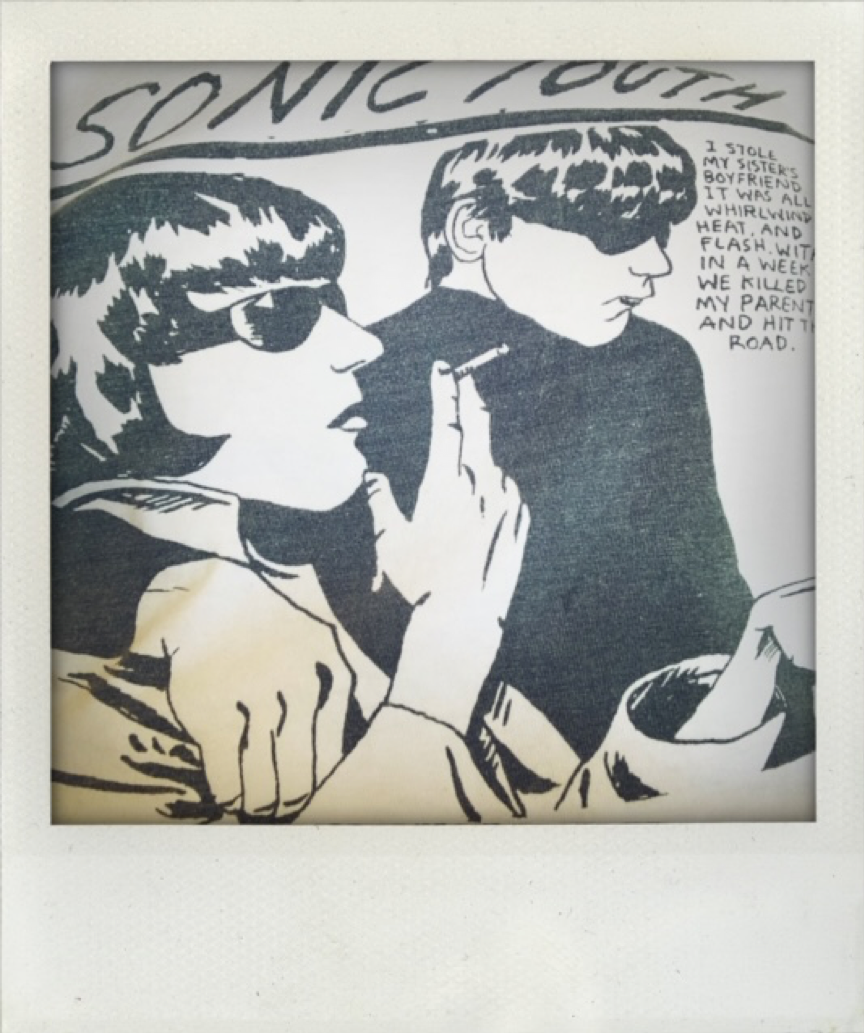 As I write, I am wearing an ancient Sonic Youth Goo T-shirt from 1990, back when I was in Thurston Moore’s good books. I also own a very beautiful Flatbush Zombies T-shirt, bought around the release of their first album. A few years ago the Zombies and I attempted a collaboration and I sent them my version of the T. Rex classic, Cosmic Dancer. They said they “could not relate to it” but they radically pitch-shifted my voice, sampled it and used it anyway, as the percussive heartbeat to an extraordinarily wild and fucked-up piece of hip-hop that neither of us released. I have a series of very lovely Current 93/David Tibet T-shirts, and a tote bag and some weird little esoteric Tibet pin things, all based on his visionary artwork. When I first came to London, David gave me an education in Christian mysticism, as we bonded over Spanish wine and our love of the artist Louis Wain. I also possess several ruined Dirty Three T-shirts featuring Mick Turner’s lovely mythic paintings – and a silver plastic Dirty Three sheriff’s badge, which I treasure because it is arguably the crappiest piece of merchandise ever made, but is a powerful emblem of the bad old days. I have an unused Dirty Three Ocean Songs tea towel – oh wow! a goldfinch just landed on my windowsill! – and Warren’s favourite AC/DC T-shirt, which I borrowed from him about twenty-five years ago and have still not returned. I also have an amazing T-shirt which Susie gave to me that says “Beyoncé Wasn’t Built in a Day”, although I suspect this is a bootleg. My favourite and most treasured piece of merchandise, though, is an original Elvis Aloha from Hawaii via Satellite T-shirt, sent to me by someone who claimed to have actually been at the concert in 1973. These items, Piers, are just the tip of a terrifying and deeply nostalgic iceberg – but a T-shirt, a pair of socks, a tea towel, a badge, it’s all essentially banal merchandise.

However, banal and as exploitative as these things may be, I value some of them hugely, and if there were a fire in my house they could quite possibly be the first things I would grab after the dogs. They have immense sentimental value, they are attached to certain times, people, places and things I love, and are enormously meaningful. I have a feeling that, similarly, many other music lovers have a T-shirt, a pair of socks or a hoodie that they value, and wear with a kind of reverence, not just for the artist, but for their own past – a past that, like their T-shirt, is old, faded, full of holes and beloved memories.

So, Piers, to answer your question would I wear a pair of merch socks myself? The answer is well, yeah, I do – when I do Jane Fonda’s Workout with my wife, I wear a pair of Radiohead compression socks, RiRi sweatpants, a Leather Nun T-shirt and a Dire Straits headband. I am a star jumping, butt clenching dervish of banality and exploitation. Look at me now!

P.S. Piers, I just got your very sweet follow-up letter. No offence taken!