What made you become a vegetarian? 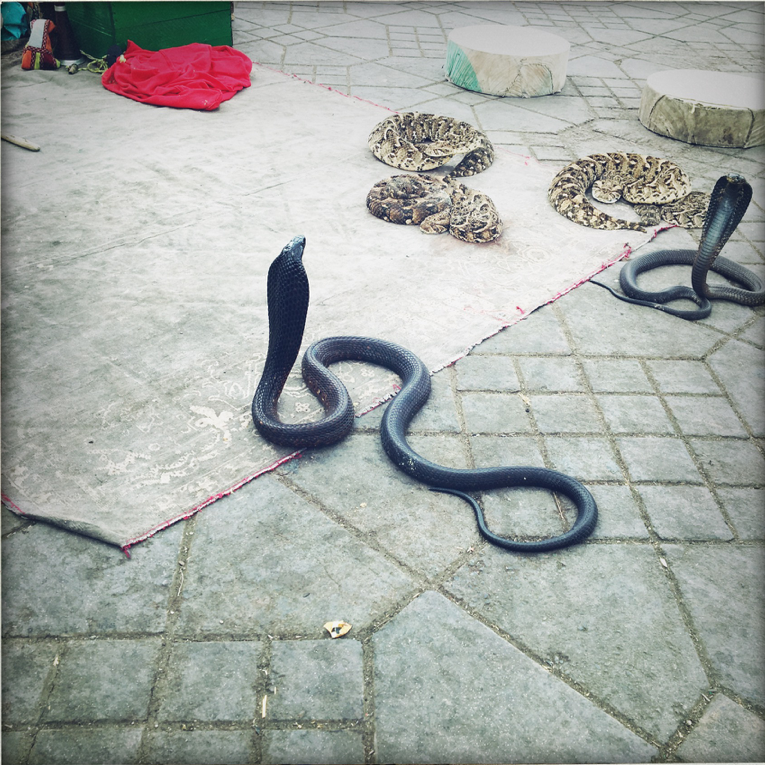 What do you think is the best way to cope with loneliness?

How do you deal with loneliness?

Did you feel times of seemingly endless loneliness? What did you do against it?

I’m writing right now to ask you for advice on how to deal with loneliness?

How long will I be alone?

It was about eight months after our son had died. Susie and I had barely left the house. Susie decided it would be a good idea if we went somewhere for a few days to just get away from it all. Often times you think a change in location might put things right, but, of course, in the end, you take yourself with you and the thing you are running from ultimately finds you. So it was with us. We flew to Marrakesh and checked into a hotel next to the central square.

That evening, Susie and I walked through the main market place of Marrakesh. It is difficult to exaggerate the suffering of the animals that we saw there – ancient donkeys and workhorses being flogged, monkeys on chains, dozens of chickens stuffed into small cages, emaciated street dogs, skinned carcasses hanging on hooks. Death and suffering and cruelty were everywhere and I felt overwhelmed by a dark energy. How much of this energy existed within Marrakesh itself or how much I was carrying with me was difficult to say, but everywhere I looked I saw existential anguish. I was, in part, seeing this remarkable city through my own cultural prejudices, of course, and it was not lost on me that industrial farming in the West, in terms of net suffering, was on a vastly greater scale than what I was witnessing here on the streets of Marrakesh. However, it was the seeing, the close proximity to the cruelty, that made all the difference.

Susie had met a man on the plane, an English guy, who had set up a rescue centre for ancient workhorses in Marrakesh and Susie wanted to visit it, so the next day we caught a cab and drove there.

On the way to the rescue centre, we entered a busy roundabout and saw, in the middle of the road, a cat that had been run over. Its back was broken and it was arched horribly, spraying blood and literally screaming in pain. It was a deeply upsetting sight and one that instantly attached itself to the most vulnerable and traumatic images that lived in my mind. At that moment, something ruptured. I had had enough. Life was too much. It was literally impossible to bear. My son was gone. I would never see him again. In the back of the cab, in Marrakesh, I broke down.

The next morning, we decided to return to the UK. But, sitting on the plane, something had changed in me. I felt different. I felt that if I were to continue to live in this world I had to do what I could to reduce the existential suffering around me, or at the very least, not to add to it. It felt like a way forward. I felt that our collective unhappiness was brimming at its maximum capacity. There was no room for any more. I felt a sense of duty to do whatever I could, in my own way, to minimise sentient suffering. That call to action extended in many directions, and has stayed with me since, but one of the consequences of it was that I gave up eating meat. I have not eaten it since.

As we go through our lives we take on the expanding burden of our own distress – as we are abandoned, broken apart, betrayed, isolated, lost and hurt. This is essentially part of what it is to live. This despair will overwhelm us and turn inward into bitterness, resentment and hatred – worse, we will take it out upon the ones closest to us if we do not actively live our lives in the service of others and use what power we have to reduce each other’s suffering. This, in my opinion, is essentially the key to living. This is the remedy to our own suffering; our own feelings of separateness and of disconnectedness. And it is the essential antidote for loneliness.

We must live our lives in such a way as to make better, even in the smallest way, the situation that we are currently experiencing. This is what it means to ‘take on the suffering of the world’ – that we each act in accordance with the limits of our own personal capacity for good. By doing this, the lives around us will become incrementally better and therefore, so will our own lives, and the life of the world itself.

In the Philip Larkin poem ‘The Mower’, Larkin runs over a hedgehog while he is mowing the lawn. As he removes the body of the hedgehog from the blades of the mower, he muses on the nature of death and ends the poem with these words.

We should be careful
Of each other, we should be kind
While there is still time

The urgency of these words came to me on that flight back from Marrakesh. The vision of the dying cat wrenched me from my own self-absorption and bitterness and isolation and loneliness and showed me that the world, in all its terrible wounded beauty, was in need of our urgent attention.