What is your favourite bar and can we have a drink there? 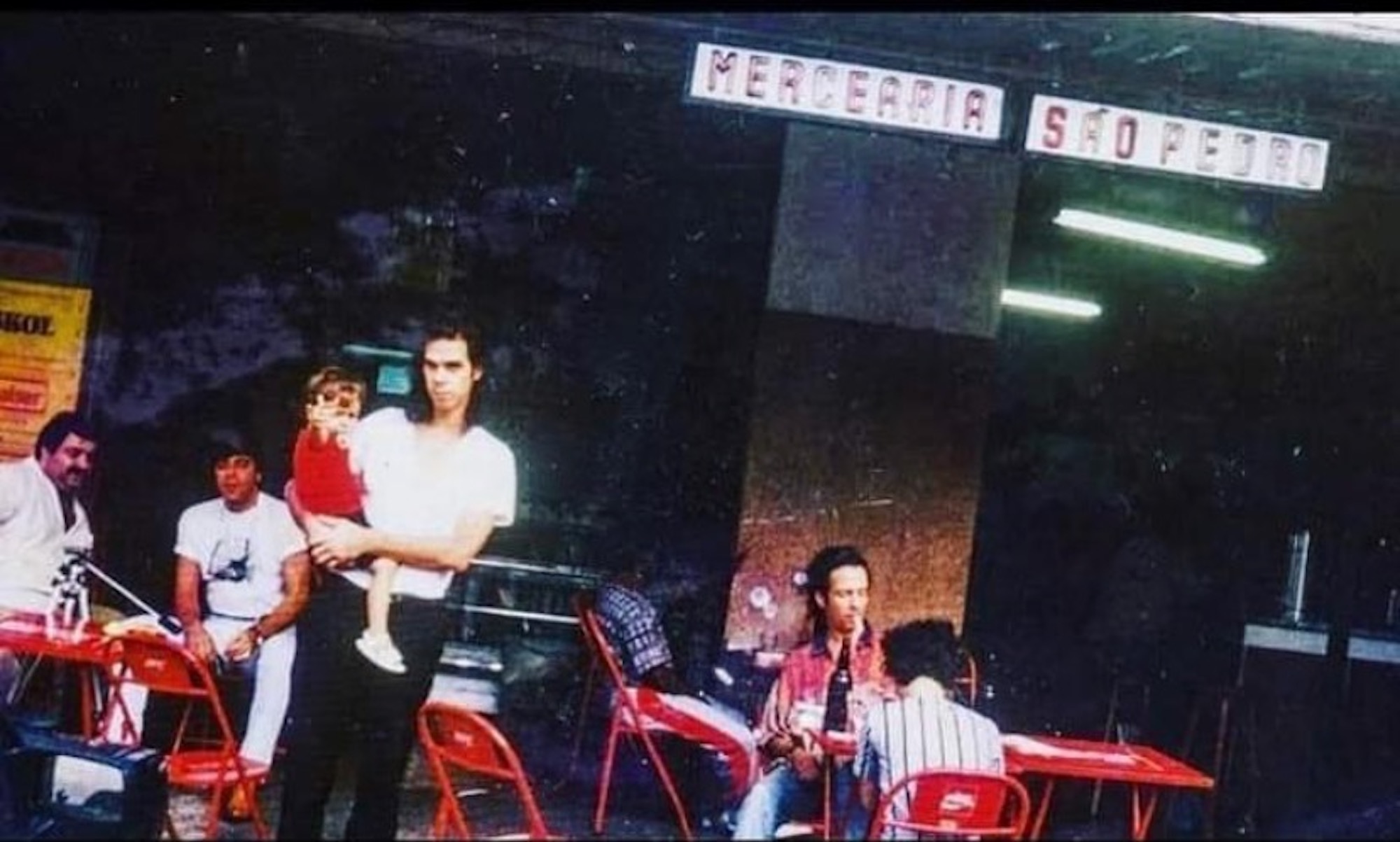 Nick, the bar “Mercearia São Pedro”, a place you used to go when you lived in São Paulo, will close its doors and be replaced by an expensive building. What do you think about it?

In the early nineties I lived in an area of São Paulo called Vila Madalena with my then partner, Viviane, and our son, Luke. At the end of our street was Merceario São Pedro, a grocery store that doubled as an outdoor bar. Every day at around 11 o’clock I would round up Luke, who was about two at the time, and together we would set out up the hill to Pedro’s. I would sit Luke up on a stool next to me at the bar and we would eat cheese pastels, and the owner, Pedro, would talk to Luke till the workers came in for lunch. We would then shift to a table on the pavement outside and sit in the sun. I would read and write stuff and Luke would suck his dummy, or on a Chupa Chup which Pedro had slipped him on the sly. I guess I wrote some lyrics during those times, ‘The Ship Song’ and ‘Papa Won’t Leave You, Henry’ and ‘Foi Na Cruz’, but mostly I just sat and smoked cigarettes and drank a beer and talked to Luke, while he sucked his Chupa Chup and watched and listened.

Those days at São Pedro’s were simple and good. They were the best of times. Now, developers are tearing the bar down and building a luxury apartment block in its place. I understand that this is the way of world — things come and go — and I know that we are facing more pressing problems than the demolition of a little bar in Sao Paulo, yet even still, a piece of Vila Madalena’s soul will be lost when they rip that place down, and a piece of mine too.

So, I say goodbye to Merceario São Pedro, the world’s greatest bar, and I say thank you to Pedro, for the kindness that he always showed to my little boy, Luke.