What is the song ‘Rings of Saturn’ about? I find myself in these lyrics. In Berlin I couldn’t stop crying when you performed it live. “Up and further up, up, up, up.” Is this song about evolving? I would love to know what you had in mind. 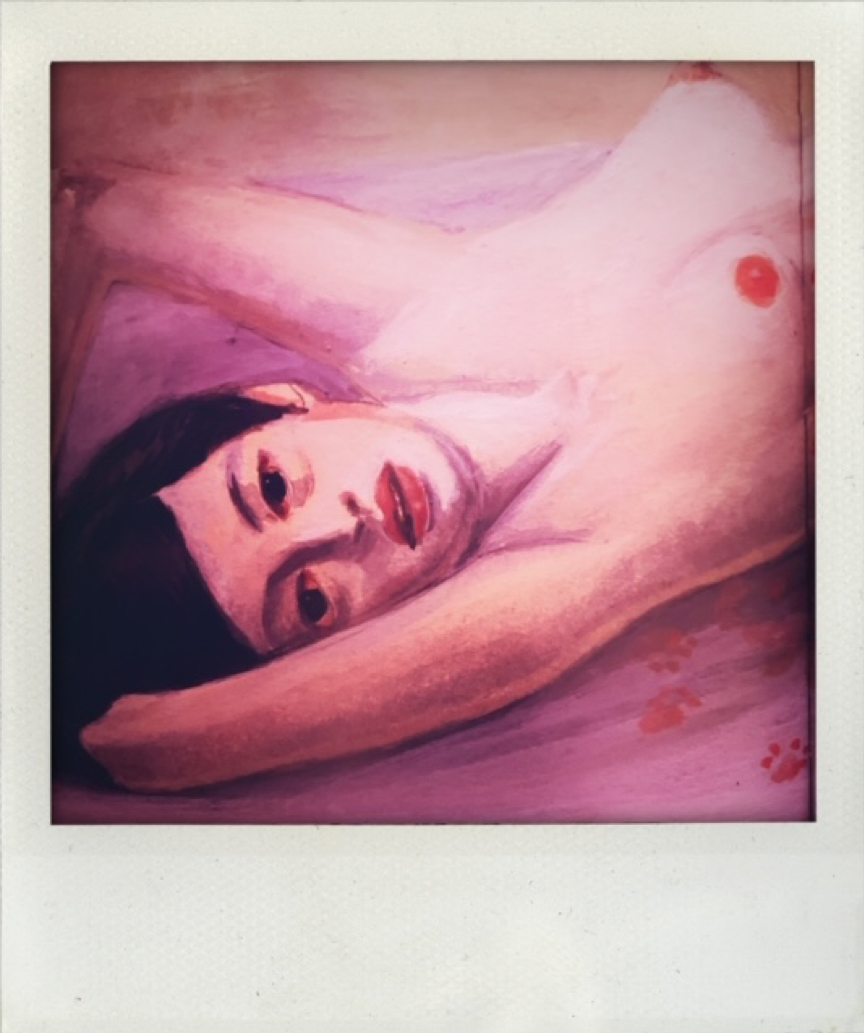 DETAIL FROM PAINTING BY ALEKSANDRA WALISZEWSKA

There is great danger in asking a songwriter to explain their songs – or at least to make the assumption that their interpretation is in some way more valid or true than your own. This is simply not the case. I believe the fan often has a deeper understanding of a given song than its creator. Sometimes, I feel that I am the last to know what one of my own songs actually means. Sometimes, they take many years to reveal themselves. With that in mind, as you’ve asked, I will tell you what I think is going on in ‘Rings of Saturn’. I only hope my answer does not diminish the value of the song for you.

Warren emailed me a simple circular chord pattern that we had improvised in the studio. He liked its lo-fi, joyful feel. Sitting at the kitchen table, and using the Voice Memo App on my iPhone, I freestyled a lyric over the top and pinged it back to Warren.

Like several of the songs from Skeleton Tree, because the lyrics are essentially improvised, they tend to be ambiguous, unguarded, and to a certain extent, beyond my control. This, I believe, gives these particular songs their reckless power.

Listening to it now it seems the song is in three distinct parts. In the first verse, the narrator is involved in a sexual encounter with a woman, who is consumed by her own promiscuity. By using a voyeuristic cascade of erotic images – “upside down and inside out”, “like a funnel web”, “skinny white haunches high and skyward”, “black oily gash”, “crawling backwards”, “wet black fur” – the narrator propels the sexual encounter from the mundane, into the deep space of the imagination – “above the shops, the crowds, the cars and the town” – to the place where true sexual expression exists.

The chorus that follows suggests that, through this encounter the woman manifests her essential nature – “this is exactly what she was born to be” – and by implication, so too does the man. The euphoric lift of the chords on the chorus gives this notion a joyously old school and consensually abandoned feel.

The second verse then shifts into something different, and as the encounter becomes more surreal – “the air buckles and rushes in”, “her body moon-blue as a jellyfish” – the lyric turns its concerns away from the act itself, to the inability of the songwriter to do justice to the essentialness of this elemental moment. There are things beyond art that are carnal and godless, and the disempowered writer “spurts his ink across the sheets”, leaving her “completely unexplained”, and abandons himself to the servitude of her imperial feminine potential.

This time the chorus presents the woman as the divine force, beyond explanation, beyond description. She just cosmically is.

In the third and final verse, the real world comes rushing back, and the woman rises from her bed. We see she is a mother, “stepping over piles of sleeping children”, as she reinstates herself to the chosen function of her womanhood – the nurturer, the provider, the font of life. As the sleeping children, born of this creative act, dream their innocent dreams, the mother ascends into the melancholy splendour of the cosmos and “dangles herself from the rings of Saturn” – in recognition of both the joy and sorrow of womanhood.

I love to perform it live because the rising, building chords take us to a place of collective bliss – of tearful, hopeful and mutually transcendent love. I suspect, Lisa, this is what you felt, that made you feel so emotional. I hope so.

When Warren received the iPhone recording I sent to him, he responded immediately. “A fucking classic.” The whole exchange took fifteen minutes.