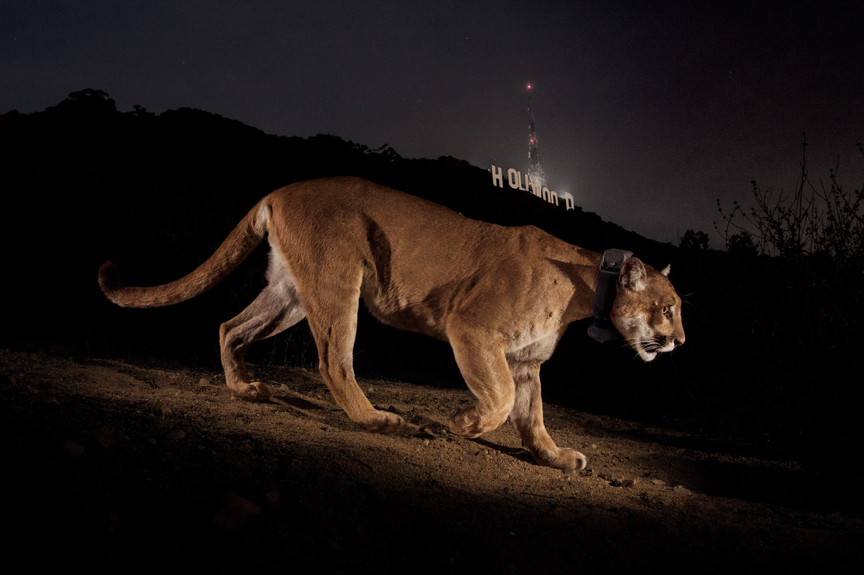 Do you think that your songs tell the future?

At around 8’ 30’’ into the song ‘Hollywood’ the narrator stands on the beach, looking out to sea. Malibu is on fire and the animals have been driven down from the hills to the shore. A sea serpent rises out of the ocean. A small boy drops his bucket and spade and climbs into the sun. Jon, this series of images came to me while in the back of a car driving around your city of Oslo on the last Bad Seeds’ tour, and was the first step toward the writing of Ghosteen. Within this sudden vision the whole of the album presented itself. It is rare in songwriting to be given such a rich and sustaining gift.

Some months later I wrote what would become the second verse of ‘Hollywood’ – the image of my wife, as a white cougar with ‘a terrible engine of wrath for a heart’, roaming the Hollywood Hills. This single image of rage-filled, carnivorous grief sat in my notebook waiting for a home.

The Buddhist story of Kisa and the Mustard Seed, that would eventually be the final part of ‘Hollywood’, had been of great significance and comfort to me for years and at some point I jotted it down in verse form, completely independent of anything else, and with no intention of it being a song.

Early in 2018, at the initial ‘improv’ recording sessions in Brighton, Warren threw down the driving ‘Hollywood’ loop and at the same time played the beautiful circular synth chords. Meanwhile, I sat jamming at the piano and dumping lyrics onto it. I had all these disparate images rolling around in my head, unmoored and desperate for a home – Malibu on fire, the cougar roaming the hills, the terrified animals on the shore, the breaching leviathan, the kid and the sun, Kisa and her baby – and the restless propulsion of the loop allowed me to just spill them out. I didn’t at the time know what they meant, or how they connected to each other. We played non-stop for hours, lost to it.

Listening back, in the studio a week or so later, most of the extended jam was unusable, but there was a fifteen minute section, towards the end, that was mysterious and compelling and so we edited it out and kept it. It included within it the cougar scene, the beach and the fire, and the Kisa story. The remainder of the lyrics were there as well, extemporized yet complete. We added some strings, backing vocals, Tommy’s beautiful drumming, tidied up the vocal a bit and it became ‘Hollywood.’ It was effortless and enigmatic and it spoke to us from another place, crying from the future whilst calling from the past.

In the song ‘Ghosteen’, a man is saying goodbye to a sleeping woman – he is leaving, heading somewhere, we don’t know where. ‘Hollywood’ is a continuation of this song. It is the leaving, the driving away, heading out of LA, along the Pacific Coast to Malibu. Malibu is on fire.

We recorded most of the record at Woodshed Studios, in Malibu, later in 2018, in a single recording room surrounded by an Eden-like garden. The control desk was inside the room, so visiting musicians, friends and dogs all sat in the same room in which we recorded. Warren and I stayed at the house attached to the studio, perched on the valley hill, and it was an extraordinarily intense and magical time for both of us. A few weeks after we left the studio, the Malibu fires swept through the area. The studio itself remained mysteriously unharmed, but the house, the beautiful garden, and the surrounding homes were incinerated. It was devastating for us all. The studio is now back up and running and will always hold a very special place in our hearts.

Susan, the idea that songs are prophetic is the kind of magical thinking which I would normally reject, but there has been too much coincidence, too often, not to feel that some songs perhaps hold a certain unsettling knowledge, beyond the understanding of their creators. I suspect we all have intimations or intuitions, that are holding conversations with the future, but that we tend to disregard, perhaps at our peril. As songwriters we are given scraps of information – images, visions, projections, divination – that become the building blocks for songs; these uncanny hunches are the stuff we work with, the material with which we create, so the songs end up feeling elastic, stretching themselves forward in time and back into the past. They can feel like preternatural witnesses to things yet to come, signallers calling urgently from an emergency – the future – while haunted by what has gone before.

And now, as we watch Australia burn, no such indicators are necessary. As Carl from Belgium says, in a letter to ‘The Red Hand Files’ “the Australian fires are a global torch illuminating the human condition. Nature, on its knees, is a dangerous beast”.  The future, it seems, is here. 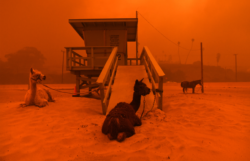