In Issue #43 you gave David a song lyric. Can I have one too? 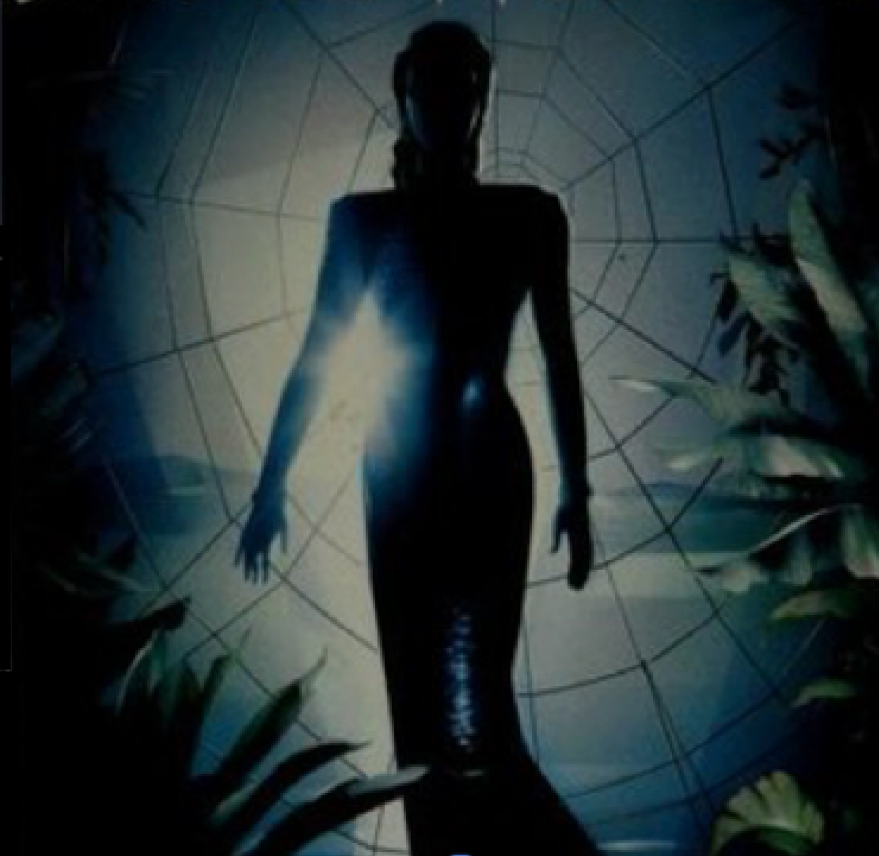 How do you forgive yourself for the horrible things you did to someone else in the throes of addiction?

As chance would have it I was clearing some papers off my desk yesterday and found these words, which I think I wrote a couple of years ago but sort of forgot about. The lyric is called ‘Kiss of the Spider Woman’ and is actually pretty good. As a rock ‘n’ roll lyric it is more fit for purpose than ‘Incinerator Man’ (from #43) – which, to be honest, reads more like a conventional poem – so it’s probably easier to arrange these words to music. Ray, you can have it, if you like. If you record and release it, and it becomes a hit and you go on to become a world-famous pop star, well, I’ll be happy. I’ll also be very surprised as the song is about heroin addiction.

The lyric recalls a time, back in the eighties, when I was stranded in what had to be the worst ‘hotel’ in Tijuana (possibly in the world), withdrawing from a particularly nasty heroin habit. There was a girl involved, of course, and she was Mexican and beautiful and had a tattoo of a spider’s web on her elbow. We’d run out of money and I was strung-out and everything was suitably sordid. We were like a couple of ruined characters from some dreadful Bukowski novel, and if you think it sounds sort of romantic – it wasn’t. I mostly remember lying in my underwear on the ‘bed’ in a pool of sweat, watching insects drop from the ceiling and crawl around on my chest and not having the strength of purpose to do anything about it. I don’t usually dredge up old memories and put them in songs – it’s bad form, in my opinion, it feels like a sort of betrayal of the now – so this is why the song probably never saw the light of day. Having said that, it is a solid rock ‘n’ roll lyric and maybe you can do something with it. I don’t want it.

KISS OF THE SPIDER WOMAN

I am alone and tangled in a web of backward thought

The Mexican girl with the luminous skin

Sponged my face that had fallen on the dosshouse floor

The Mexican girl with the web on her elbow

I love women, but I always loved drugs more

Even when I was in ‘em, I was halfway out the door to score

Hung me from the door frame, rubbed me in argan oil and milk

How many blue skies were lost there, how many missed opportunities?

How many knocked doors unanswered, how many phones left to ring?

How many days lived in the centre of the web, alone and scared?

How often did I call along the threads, only to find nobody there?

I am alone and tangled in a web of backward thought

So, not a bad lyric, with an elegant shift from the description of memory as a ‘web of tangled thought’, to the ‘web on her elbow’, to the idea of the Spider Woman being the addiction itself, and being ‘spun deep inside her silk’ – lovely metaphor for being stoned, if I may say so myself – followed by the melancholy idea, which every long-term addict will recognise, of ‘calling along the threads to find nobody there’. It then returns full circle to the sticky lacework of recollection. The song is, in itself, a web. This is good stuff, and if you placed the lyrics over a linear two-chord groove, like ‘Born in the USA’, or ‘Jane Says’ by Jane’s Addiction, or ‘Achy Breaky Heart’ or something like that, well, you never know, you may have a monster hit on your hands! Then again you mightn’t. In this game, you never do know.

If you are going to use these words, I might just draw your attention to the lovely couplet that divides the lyric into its two parts –

I love women, but I always loved drugs more

Even when I was in ‘em, I was halfway out the door to score

This is in no way a glorification of drug taking, rather these words are heavy with a very real regret for the utter havoc my heroin addiction caused in my relationships with women. Every addict, male or female, will identify with these two lines. However, despite the thread of despair that runs through them, there is much fun to be had in the words themselves and I am especially proud of rhyming ‘women’ with ‘in ‘em’ and the momentum of the internal trip-rhyme ‘door’ with ‘score’, as if the narrator of the song is already making a run for it.

And, Matt, just to say, all addicts at times do horrible things, because addicts are people and people at times do horrible things. The real difficulty that arises around self-forgiveness is when you come to realise that you still do horrible things even when you are clean. My advice to you is this – be kind – to yourself and to others. It is the simplest of remedies but remarkably effective. A small, bright act of kindness towards another human being is not only a gesture of existential hope, it also reconciles us with the world, and ultimately becomes the path to self-forgiveness.