To further augment JP’s (Issue #102) question about political songs – is there a protest song out there that you greatly admire for the way it was written or arranged? 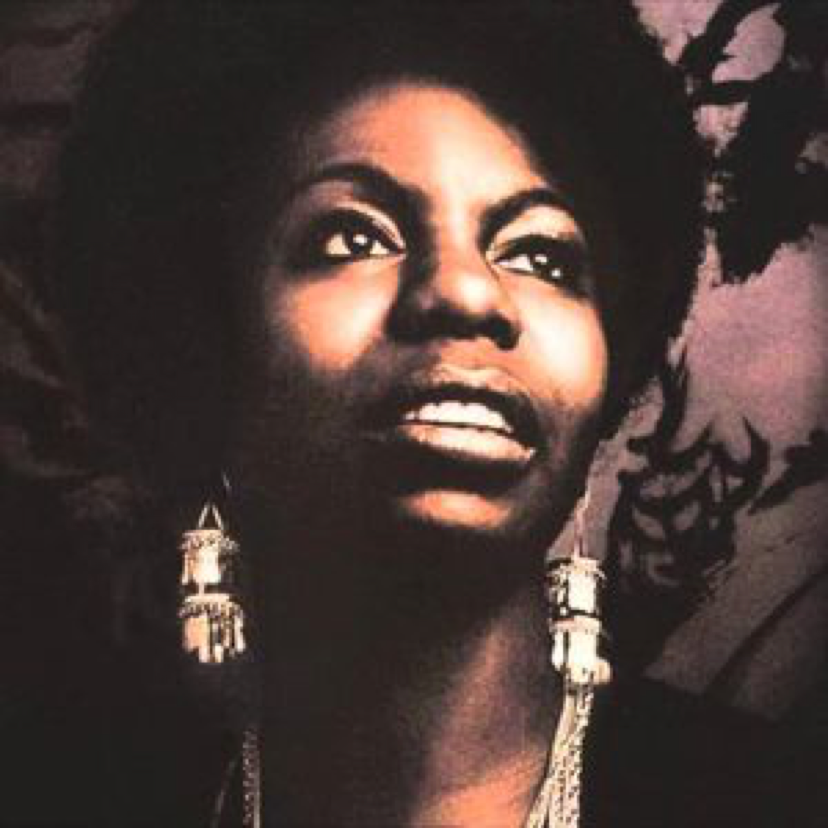 In 1972 Nina Simone released a live album entitled Emergency Ward! that was, by her own admission, her oppositional response to the Vietnam War. This record begins with an eighteen-minute rendition of ‘My Sweet Lord’, that could well be her greatest musical achievement. Nina Simone’s interpretation of George Harrison’s gentle cosmic entreaty ends up, in her hands, as a howl of spiritual abandonment and accusation.

The song begins with a thirty-second chant of —

before the band launches into a raucous reanimation of the George Harrison classic. Nina’s entry couldn’t be more casual, inside the manic energy of the song —

This rendition is a gospel thrill ride, with mantras, wild syncopated handclaps and weird background whoops, courtesy of the Bethany Baptist Church Junior Choir of South Jamaica, New York. The Hare Krishna chant has been removed and more ‘Hallelujahs’ have been added as Nina reaches back to her Methodist roots and proclaims —

I really want to see you, Lord

But it takes so long

The world is looking for you

Won’t you show yourself, Lord?

then surges back in, each time with increased abandon. At around six minutes there is an exquisite breakdown and Nina’s plea grows more pressing —

I really want to see you

I really need to see you

But everything today is a killer

Today is a killer

Today is a killer

How am I gonna see you?

Nobody has taught us any patience, Lord

And yet again the song storms back in, the sense of cosmic desertion growing stronger and stronger. Each breakdown, each entreaty, each surge becomes more fraught, as if the whole world is fracturing and collapsing around Nina’s petitions.

I often sit there in the sea

And I listen to the wind song

As it dances a beautiful dance for me

But these moments never last long…

And there is a further rupturing of the narrative as Nina drags us into the sudden horror of the historical moment, with lines like —

Comes the reality of today

Pressing his ugly face against mine

Staring at me with lifeless eyes

Crumbling away all memories of yesterday’s dreams

Because today is a killer

And only you can save us, Lord

That one day I’d be screaming

Something my mother told me I needed

and then a long held note, an ululation cast into the roaring void, as her meditation turns finally, to condemn the indifferent heavens and her ‘sweet Lord’ for his ultimate betrayal —

Today, where are you, Lord?

YOU ARE A KILLER!

The great Nina Simone was a living grievance machine — her race, her gender, her misused talents (she wanted to be a classical pianist) — and this rage infused all her work, and is what makes it so multi-layered. Even her most beautiful love songs, which I count as some of the most incandescent works of art ever recorded, were marinated in a sense of resentment and contempt for the workings of the world. It is this exhilarating collision of opposing forces — love and scorn — that makes Nina Simone’s existential and political protestations so compelling.

In this extraordinarily bold statement, Nina Simone stands defiant in the face of spiritual oblivion, and a world (and God) that so readily allows war and senseless carnage to occur. It is a protest song par excellence that serves as a form of transport, a vehicle that takes us on a complex and nuanced journey into transcendent rage. The song itself becomes a forge of fury, where Nina Simone stands conflicted and defiant and, in the final lines, pulls the heavens crashing down around our ears.

Perhaps, this is the voice of protest we need right now — intelligent, questing, transcendent, raging and thrillingly complex —