I recently read that the band Rising Signs believed ‘Palaces of Montezuma’ plagiarized their 2005 song, ‘Grey Man.’ Sure, I can hear similarities in melody, but, oddly, I think one of many reasons I love ‘Palaces’ is that it reminds me, if anything, of the intro to ‘Theme From Mad Flies, Mad Flies’ by The Laughing Clowns from 1982. I’m not sure what that says about Rising Signs, but it made me wonder – [ ] Is originality in music sometimes hard to obtain? 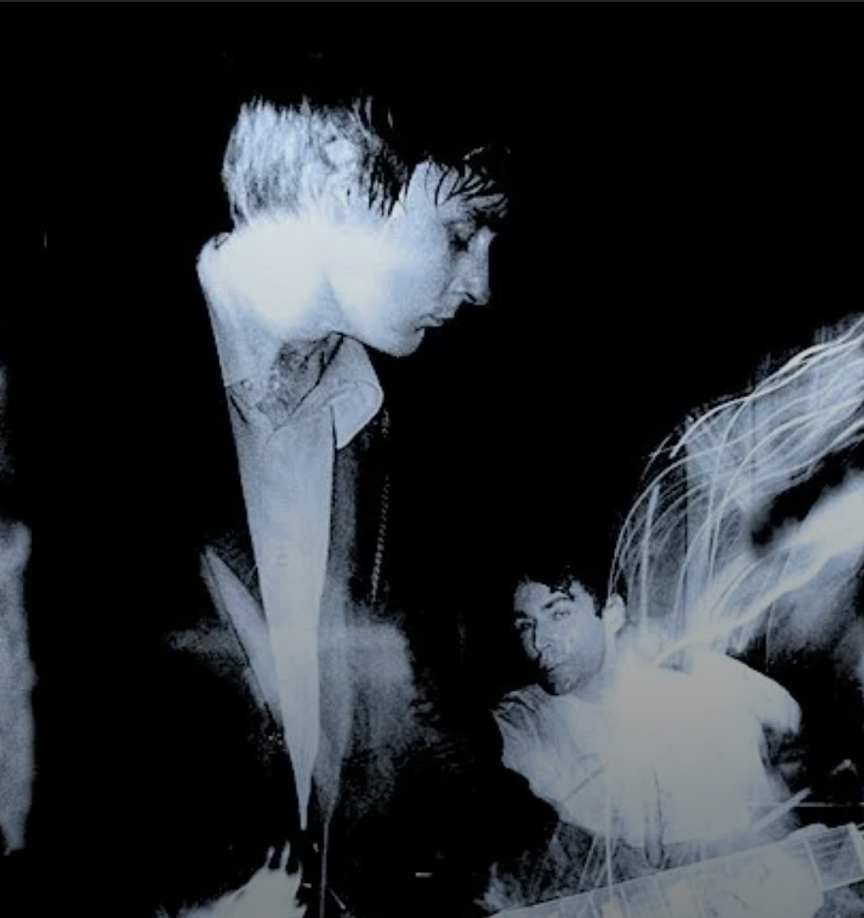 THE LAUGHING CLOWNS - ED KUEPPER AND THE MIGHTY JEFFREY WEGENER

A lovely question, and one that brings us back to ‘Palaces of Montezuma.’ If I recall correctly, Warren wrote the chords and backing vocal line to this song. I just listened to Rising Signs‘ ‘Grey Man’ and it does sound pretty fucking similar. So, I phoned Warren, who is in lockdown in his studio in Paris, and asked him outright —

“Did you steal ‘Palaces of Montezuma’ from Rising Signs?”

The great beauty of contemporary music, and what gives it its edge and vitality, is its devil-may-care attitude toward appropriation — everybody is grabbing stuff from everybody else, all the time. It’s a feeding frenzy of borrowed ideas that goes toward the advancement of rock music — the great artistic experiment of our era.

Plagiarism is an ugly word for what, in rock and roll, is a natural and necessary — even admirable — tendency, and that is to steal. Theft is the engine of progress, and should be encouraged, even celebrated, provided the stolen idea has been advanced in some way. To advance an idea is to steal something from someone and make it so cool and covetable that someone then steals it from you. In this way, modern music progresses, collecting ideas, and mutating and transforming as it goes.

But a word of caution, if you steal an idea and demean or diminish it, you are committing a dire crime for which you will pay a terrible price — whatever talents you may have will, in time, abandon you. If you steal, you must honour the action, further the idea, or be damned.

So, ‘Deanna’ is based on ‘Oh Happy Day’, and the solo in the middle of ‘Red Right Hand’ may well have been stolen from ‘Bedazzled’, and ‘Tupelo’ leans heavily on John Lee Hooker’s song by the same name, and the theme from ‘The Road’ sounds like the arpeggio work of Arvo Pärt, and the guitar riff in ‘Nobody’s Baby Now’ probably came straight out of a Van Morrison tune and, well, ‘Palaces of Montezuma’, it turns out, is based on a song by The Laughing Clowns, and so it goes — ideas, beautiful ideas, in full flow. Even though the influences may seem obvious, each of these songs, I think, has its own ingenuity, its own value and its own meaning. We musicians all stand on the shoulders of each other, our pirate pockets rattling with booty, our heads exploding with repurposed ideas.

“What else have you stolen?” I ask Warren.

“Everything,” he says, “Absolutely, everything.”