My girlfriend, a woman I love through soaring heaven and table-flipping hell, refuses to read any of my writing because she always sees some hint of infidelity, resentment, or perhaps madness in it. How do I get her to understand that just because I might write a poem about some lusty girl I saw on the train I don’t actually want to sleep with another woman? 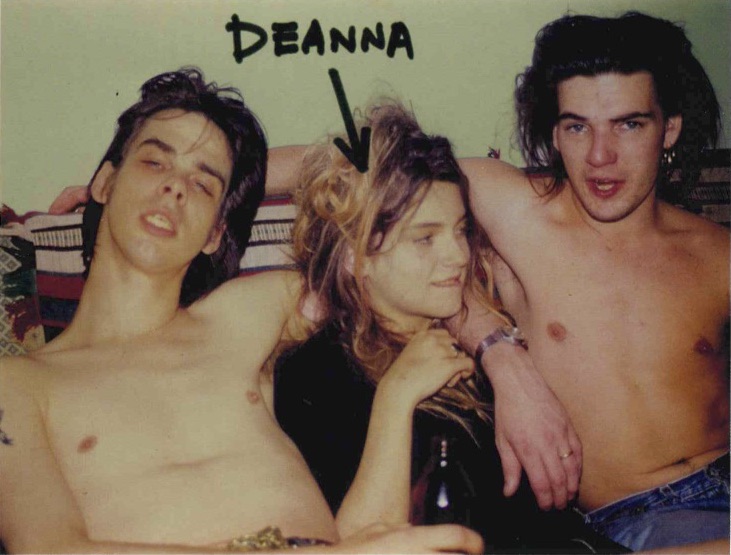 Tom Waits famously wrote “You are innocent when you dream”, yet dreams are not nearly as innocent as they seem. Neither are songs nor poetry. Songwriting and poetry are perilous callings, full of intrigue and infidelity. They are covert undertakings that creep around our deepest and most hazardous needs. They are not for the squeamish or the eager to please.

I believe you when you say you don’t want to sleep with the ‘lusty girl on the train’ – the problem is what you want to do is actually worse. You want to write a poem about her. To write a song or a poem about another human being can be one of the most intensely intimate acts a person can perform, it is an act of profound, unblinking contemplation, a near religious meditation on that moment of carnal recognition.

Listen to Patti Smith’s version of ‘Gloria’, where she has taken Van Morrison’s already wolfish classic and expanded it into a supercharged religious rumination on lust.

I look out the window

Humpin’ on the parking meter

Leanin’ on the parking meter

Patti Smith’s ‘Gloria’ is not concerned so much with the actual sexual encounter, but rather with the brutal carnality and religious ecstasy of language itself. It is one of the most demented displays of predatory sexual desire ever recorded. Yet, it is beyond sex. It is even beyond worship. It is poetry. The “sweet young thing” that is “humpin’ on the parking meter” is your “lusty girl on a train”.

My song ‘Deanna’ was seen as a particularly brutal act of betrayal, and thirty years on I still haven’t been fully forgiven. I console myself with the thought that I was unflinching in my duties as a songwriter and in doing so wrote a song that brought joy to the lives of many, even though it broke a heart (or two) in the process.

From one wordsmith to another, and from someone who has spent a considerable amount of a long and contentious career in the songwriter’s doghouse, that’s the name of the game, Circium. Harsh as it is, we spend our lives walking on the hearts and messy eggshells we have smashed in order to make the omelet that feeds the multitudes.

I can perfectly understand why you want your girlfriend to read your stuff, as we poets and songwriters often have little else to offer than our words, and of course our perverse little truths. However, your poems are intimations of an eroticized and imaginative adventure of which your partner is excluded. It’s little wonder she might be reluctant to get involved.

Having said that, over time I have discovered great poetic and personal value in writing about the familiar, that which is in front of you, that which you see every day, that which sleeps beside you, for often that quotidian presence is the most extraordinarily complex and dangerous thing of all. It holds a looking glass up to beautiful and terrible truths that live inside us. As we look into our lover’s eyes and see our reflected selves, our courage as writers is tested and enlarged.

The girl on the train will always be there, forever travelling through that imaginative space, but maybe the challenge for you as a poet lies within the intricate wonder of the one who sits before you. She is, after all, your mirror.