I have just finished watching One More Time With Feeling. How is Susie doing? I am just feeling a great desire to give Susie a big hug from afar, and hope she knows that she has many things to look forward to, both in the lives of the Cave family and in her own career. 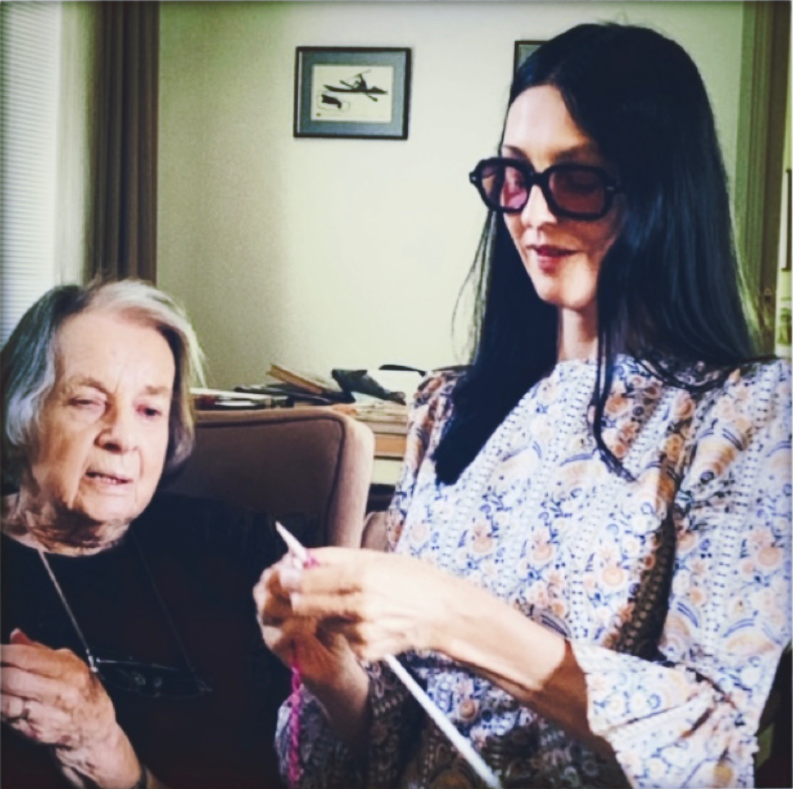 Susie is sitting across the kitchen table from me, humming to herself and knitting what looks like a scarf. I have just read her your very sweet message. She is confused to find that Denmark has now become part of Australia, but Google tells us that Denmark is a small coastal town in Western Australia with a population of 2,558 people. Susie says she wants to go there on holiday and hug you back.

In One More Time With Feeling we see an interview with a woman who is new in her grief. I don’t think I could ever watch that piece of footage of Susie again. It was the very hardest part – to see, day by day, the uncontainable and merciless dimensions of grief. It is the very reason I am so careful when I reply on The Red Hand Files to people who have lost someone, because I have seen the tenuous hold that a grieving mother has on life itself. I have seen the paralysis and the terrible retreat from the world. I have seen life lived in a darkened room, essentially a tomb, crumpled around a memory, as if to be dead herself somehow brought her closer to the spirit of her departed child. I learned the appalling meaning of the words ‘inconsolable’ and ‘helpless’ – and I never knew a person could cry for so long.

But I have also seen a woman ultimately step from that room, changed – defiant and scoured clean by grief; a woman with a mutinous and ferocious grace, now more open, daring and creative than ever; a woman who has simply defied the cosmic odds and bloomed.

And I think that is what Susie and I want to say to those deep in grief, to the inconsolable. We want to say that, in spite of ourselves, life moves on. That in time we learn to absorb our loss, as a form of armouring, and that it can become our strength. That the very thing we thought would destroy us, now becomes a fierce source of creative power, as if our departed are breathing an essential energy through us, drawn from a wellspring deep within the trauma itself. We want to say that allowing this process of renewal to occur is the greatest gift we can give to those who have left us. We become the living vessels that carry their spirits, out of that dark and shuttered place, and release them into the heavens.

Finally, we want to say that even though there are still the deep and sudden weeps – the flash floods – they don’t assert the same hold on us anymore, for we know they pass, as do all things.

So, Vivian, to answer your question, “how is Susie doing?” Susie is doing okay. I watch her now, across from me, humming to herself and knitting a scarf and I am awed.