Any plans to rock out again a la Grinderman. Ya know, polish off the ol’ guitar and give the music world a huge middle finger and sweat like a Fourth of July whore in heat? 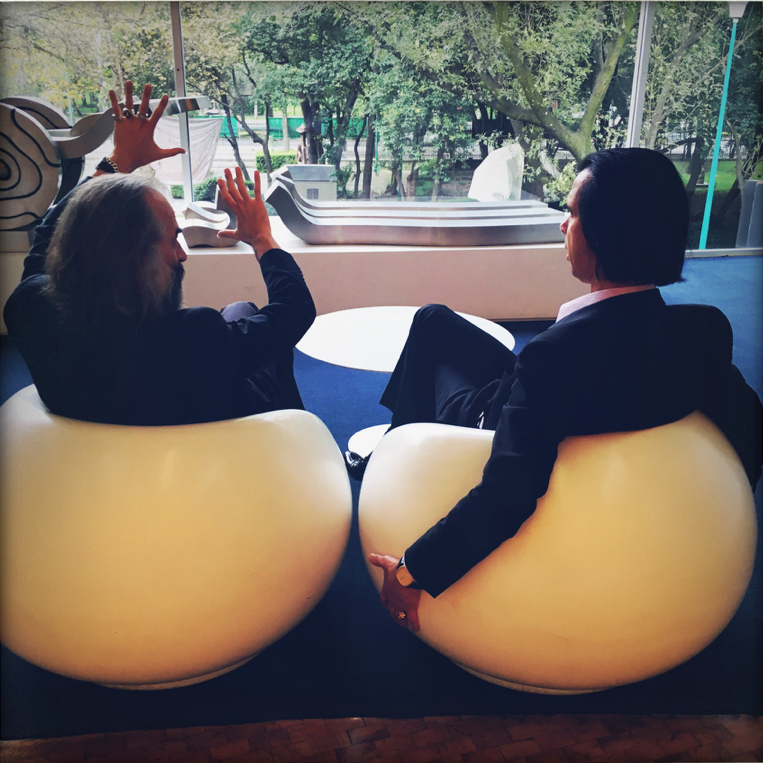 WARREN AND ME, IN THE MUSEUM OF MODERN ART, MEXICO CITY, DISCUSSING THE WISDOM OF REFORMING GRINDERMAN.

Many of you have asked about the reformation of Grinderman, although most not with the same lurid flair as you, so I sat with Warren and we discussed whether it was a good idea. We both thought the world needed Grinderman, considering its current emotional climate. Warren wanted to wait until Trump got re-elected, in the hope he would invite us to play ‘No Pussy Blues’ at the presidential celebrations. I’m not sure if he was joking or not. I personally felt there was no urgency, and that the older we got, the better Grinderman would be – the more deranged, the more priapic, and the more morally dubious. We both thought that Grinderman appeared to be a lot more popular now than when it existed, and we wondered whether that was simply the band passing into folklore, or whether the world had become, in the last years, more puritanical, less playful, and more hypersensitive, and that there were a lot of people out there, like you Marvin, who just wanted to listen to a band that fucked things up a bit.

We both thought releasing a Best of Grinderman record was a good idea. We thought it should be a double album.

Finally, we both didn’t know what a Fourth of July whore was. 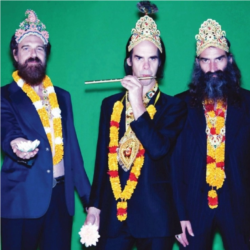 Who or what is the monster under your bed?

I guess, if I were to look under the bed for monsters, I might expect to find some Islamic terrorists, some man-hating feminists, Trump, some rampant AI, some cyber criminals, some neo-Marxist left-wing radicals, some chemical weapons, some right-wing Nazis, Putin, a nuclear explosion, a meteor, a melted ice cap, heaps of murdered farm animals, Roger Waters, and some very, very bad weather – but actually I think what I would probably find, staring back at me, is myself, because most monsters I have ever had to deal with were usually a product of bad thinking, and generally of my own making. Maybe my greatest fear is that there is nothing under the bed at all, just a vast and monstrous vacancy – dustballs, a child’s lost sock, and the ashy residue of dreams. Sometimes, I would rather not look.

Technicians of the Sacred by Jerome Rothenberg was placed on the piano in 20,000 Days on Earth. Is there anything you would like to share with your readers about this utterly secret/sacred, glorious work of love?

Obviously you are acquainted with this wonderful book, so this letter is really to the uninitiated! Technicians of the Sacred by Jerome Rothenberg is an anthology of spiritual writings from around the world. It is probably the single most important book on poetry I have ever read. It has been a heavy influence over my songwriting  –  more than I’d like to admit. If there is anyone out there struggling to write lyrics, get your hands on this book; immerse yourselves in it, live inside it for a while, free your mind, and you will emerge brimming with ideas. Jerome Rothenberg recently released a revised edition of Technicians, so it is easily available. For those of you who are interested, this is well worth investigating. 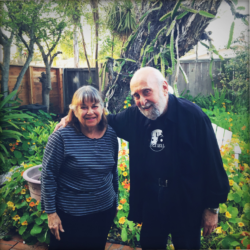 When you wrote that ‘Miley Cyrus floats in the swimming pool in Toluca Lake’, was she alive or dead when she was floating there?

Around 2012, I visited Madame Tussauds Waxworks in Hollywood with my eleven-year-old kids. They became very excited about the waxwork statues of Hannah Montana and Miley Cyrus. They explained to me – although not in exactly these terms – that Hannah Montana was the child self, and that Miley Cyrus was the infanticidal adult self, who literally became a wrecking ball that obliterated her younger persona. In my mind, the Miley Cyrus that floats in the swimming pool in the gated community of Toluca Lake, in the song ‘Higgs Boson Blues’, is a statue made of wax. She is neither dead nor alive. She bobs about in the cool water, circled by pink Amazonian dolphins, and melts under a terrible, blank Californian sky, like a pagan sacrifice to an Aztec Sun God. I hope that clears things up a bit, dear Stephanie.

I counted the words in all your lyrics and thought this might be the only way to tell you some of my results. The most used personal pronouns are ‘I’ (1332) and ‘You’ (970). The word ‘Love’, used as a noun, verb or other form, appears around 280 times, followed by ‘Eye’ or ‘Eyes’ (134) and ‘Night’, ‘Midnight’ or ‘Tonight’ (126). Did you know that you used the word ‘Sorry’ about 73 times? If one takes the most frequently used words (overlooking words like ‘the’, ‘a’, ‘an’ etc.) to build a basic sentence (SVO) it would be: I love you. I’m somehow not surprised, are you?The essence of everything seems to be love, in your lyrics, and all our lives.(Yes, I was bored. Terribly bored.)

Dear Lars,
I have printed your piece of writing in its entirety. Your efforts deserve as much.  I have nothing to add, although perhaps I could talk briefly about the strange alliance between boredom and epiphany. Boredom is often dismissed as a lack of imagination – this is not true. Boredom is a signal that we are indeed imaginative creatures, and that the existential distress of being in a state of blah is often the mind readying itself for the epiphany. In your case, Lars, you were ‘terribly bored’. Boredom provoked you to action. You did your crazy statistics. You arrived at the conclusion that love is the essence of everything. By doing so, you have moved the world one step closer to its redemption. Congratulations! You are awesome! 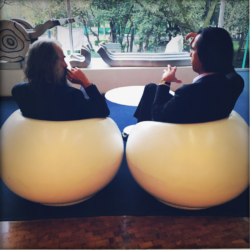