How do you feel when you stand before the mirror? Do you like your tattoo? 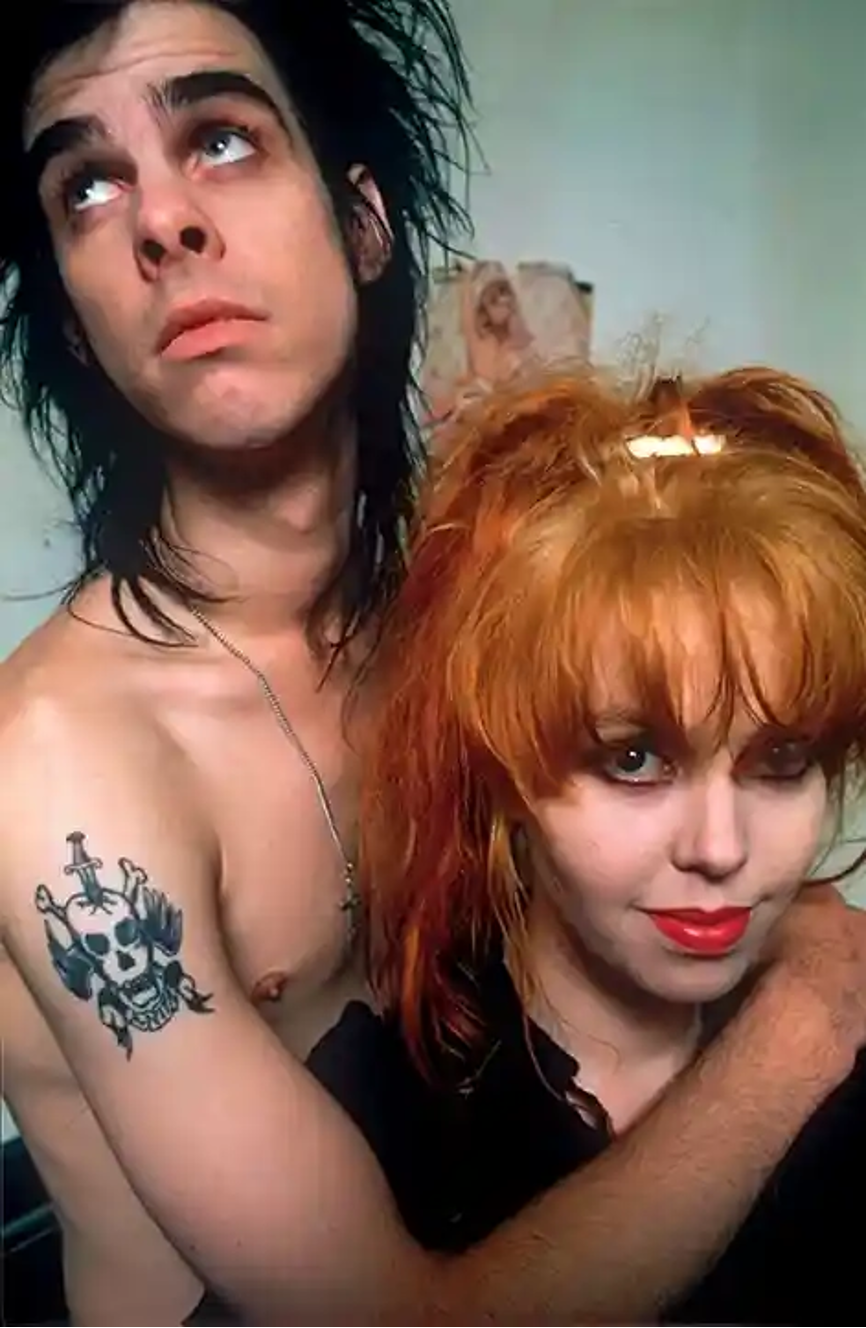 [ ] I came across a photo of a very “younger” Nick Cave, a Nick Cave as you would say “not in perfect showroom condition” but one sporting quite a menacing skull and dagger tattoo. And I wondered are you still after all these years, comfortable with this tattoo?
Should I get a new tattoo? [ ]

I was sitting in a bar in Sydney’s red light district with Tracy Pew, the bass player in The Birthday Party. We were teenagers and drunk and we decided that we should go to the tattoo parlour across the road to get a tattoo. Now, back in those days, the only people who got tattooed on the Cross were bikers and sailors, but we took the fact that there was a parlour over the road as a kind of holy sign. I handed Tracy a beer mat and asked him to draw a skull and crossbones with a knife stuck in it, and a banner that said ANITA, who was my girlfriend at the time. We went over the road and I showed the tattooist the drawing. He was in the process of tattooing a large black swastika on the chest of some crazy fucker, but looked at the beer mat and said, “That drawing is bloody awful, mate, you’ll live to regret it.” I pointed to the guy in the chair and said, “What, and he won’t?” The tattooist said, “Fair enough’” and an hour later I walked out of the tattoo parlour with a skull and crossbones with my girlfriend’s name on it on my arm. Tracy, for reasons I will never understand, got an enormous sailing ship on his arm.

Now, nearly fifty years later, as I stand before the mirror, I would say, Luca, that the tattoo is the least of my worries. It seems to be just one part of a general emerging calamity. Having said that, I feel a sweet and teary pang as I look at the tattoo — I see that the name Anita has blurred and become unreadable, and the skull, sagging and old now, looks deranged and contemptuous. Still, I’m happy to carry this remnant of my youth with me, not just as a reminder of two of the most beautiful people who walked the earth — Anita Lane, who passed away recently, and Tracy Pew, who died not too many years after that carefree day in Sydney — but also that there was a time when I was both heroic and dumb enough to get a tattoo of a badly drawn skull with my girlfriend’s name on it. I guess I am wiser now, but that folly of youth will always go with me, and when I am finally in the ground, the grinning skull will continue to mock and jeer at all the lofty pretensions and vanities and cautions of these, my latter years.

So, should you get a tattoo, Chris? As a sage man of a mature age I would advise against it, which is why I think you should probably get one.