Do you get any nasty or annoying comments and questions via The Red Hand Files? I hope not! Thank you so much for this project & your music! 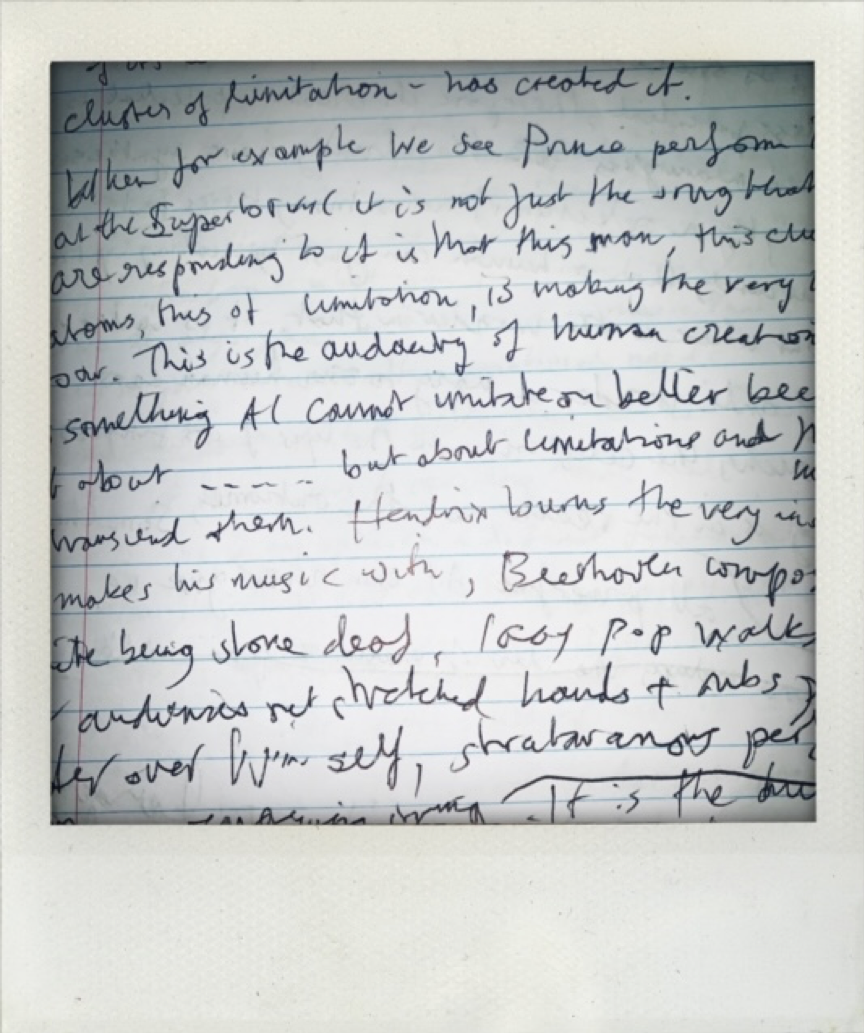 Do you ever get tired of all the pretentious fat lesbians who enjoy your music? Personally I enjoy a lot of your music, but I find most of your fans insufferable. I’m just wondering if you’re on the same page.

Jesus said on the cross, “Forgive them for they know not what they do.” George, I think Jesus may have been talking directly to you.

Some weeks ago, I answered a question at one of my “In Conversation” events. I was defending people’s right to say what they wanted. I was defending people’s right to offend. In short, I was defending the idea of free speech. It seems that these days free speech has fallen out of favour. The concept has been polarised by some and now a free speech advocate is often seen – I feel somewhat bizarrely – to be aligned to the far-right. However, I do believe that, even though we should have the right to say what we like, there are consequences to what we say and just because we can speak freely, it does not – and should not – inoculate us against these consequences.

This is why it is important to think something through before sending those thoughts out into the world. When I set about answering a question on The Red Hand Files, I find it helpful to write my thoughts down before I formulate them into an answer. This scrutiny has its purpose, because it helps me to see where my thinking could be dishonest, unhelpful and damaging.

So, in the interests of free speech, George, I have given you a platform. However, and I am speculating here, I think that probably ninety-nine percent of the people who read your question will think that you are being, well, a bit of an asshole. I could be wrong. It could be more. Now, you may say “So what? No one knows who I am. How can this possibly hurt me?” You may say that. But you would be wrong. I do not believe that your anonymity protects you, any more than I believe the anonymity of the hate trolls on social media protects them. I feel that there are psychic pathways that exist between us all, and that the negativity we create eventually finds its way back to us.

The opportunity to act in a better way is one that is continuously afforded to us – to try to make the next thing we do the best thing, rather than the worst thing, the destructive thing. In this instance, George, it’s not too late for you. If you close your eyes and apologise to my fans, just maybe that negative attention will begin to dissipate. I think my fans are smart enough and sufficiently forgiving to understand that your words extend only to the margins of your own individual evolution.

When Jesus said, “Forgive them for they know not what they do.” He meant that there is room for everyone to become better, every single one of us, because all of us really, “know not what we do.” We understand ourselves only to the limits of our own personal development as human beings. Yet, we can go further than that. There is always room to evolve, to become better at being human, and to advance the common cause of humanity and civility – this applies not just to you, George, but to me too and, indeed, to all of us.