Do you enjoy magic? Card tricks, stage illusions, that kind of thing. 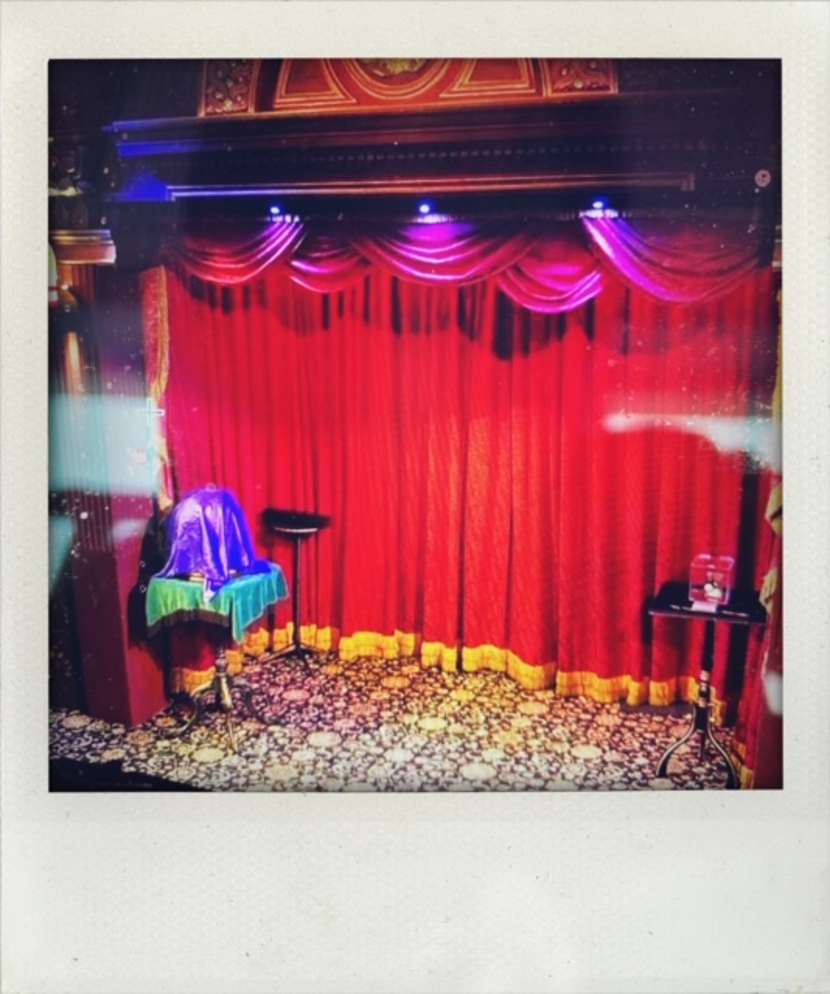 Yes, I do have an interest in magic, or at least I used to. My boy, Arthur, became obsessed with it when he was about thirteen and for a year, maybe more, all he did was magic. Every day he sat around shuffling cards and flipping coins, and watching endless online magic tutorials and DVDs by his favourite magicians. He joined The Young Magicians Club at The Magic Circle and I would drive him around to magic shows and magician’s conventions and trade shows and magic shops. He practised and practised and became really good at it.

In the summer of 2014, in Los Angeles, we spent much of our time down on Hollywood Blvd watching the street magicians, and Arthur would show them his magic tricks and they would show him theirs. We hung out at the Magic Castle every Saturday that summer, and entered this strange community of magicians, who taught Arthur the Classic Pass and the Double Turnover and the various coin tricks, and Arthur got so good at sleight of hand it seemed that there was nothing he couldn’t make disappear.

Our dear friend Larry ‘Ratso ’Sloman, who wrote the definitive book on Harry Houdini, introduced us to the great David Blaine — we went to his house and Arthur showed him a couple of his tricks and David called Arthur ‘a good magician’, then took out a deck of cards and completely blew our minds. Later on he gave Arthur the novel, Siddhartha, by Hermann Hesse, which Arthur never read, but kept next to his bed.

Then one day, back in Brighton, Arthur just stopped doing magic completely. I asked him why and he just shrugged and said, “I don’t want to do it any more, dad”, and that was the end of that — and, I suppose, the end of my active interest in magic, too.

Richard, I hope I’ve answered your question. I am sorry that maybe in the end these words are not addressed to you. Maybe these words are projected beyond this world, as a wish, as a prayer, as a sleight of hand, hoping they may draw the attention of the spirits themselves. Our boy, our magician, our vanisher — we miss you.