I understand from having seen 20,000 Days on Earth that you keep an office separate for your creative work. Do you have any recommendations on how I can create a sacred space that allows me to go in and shut the door and lock out the world? 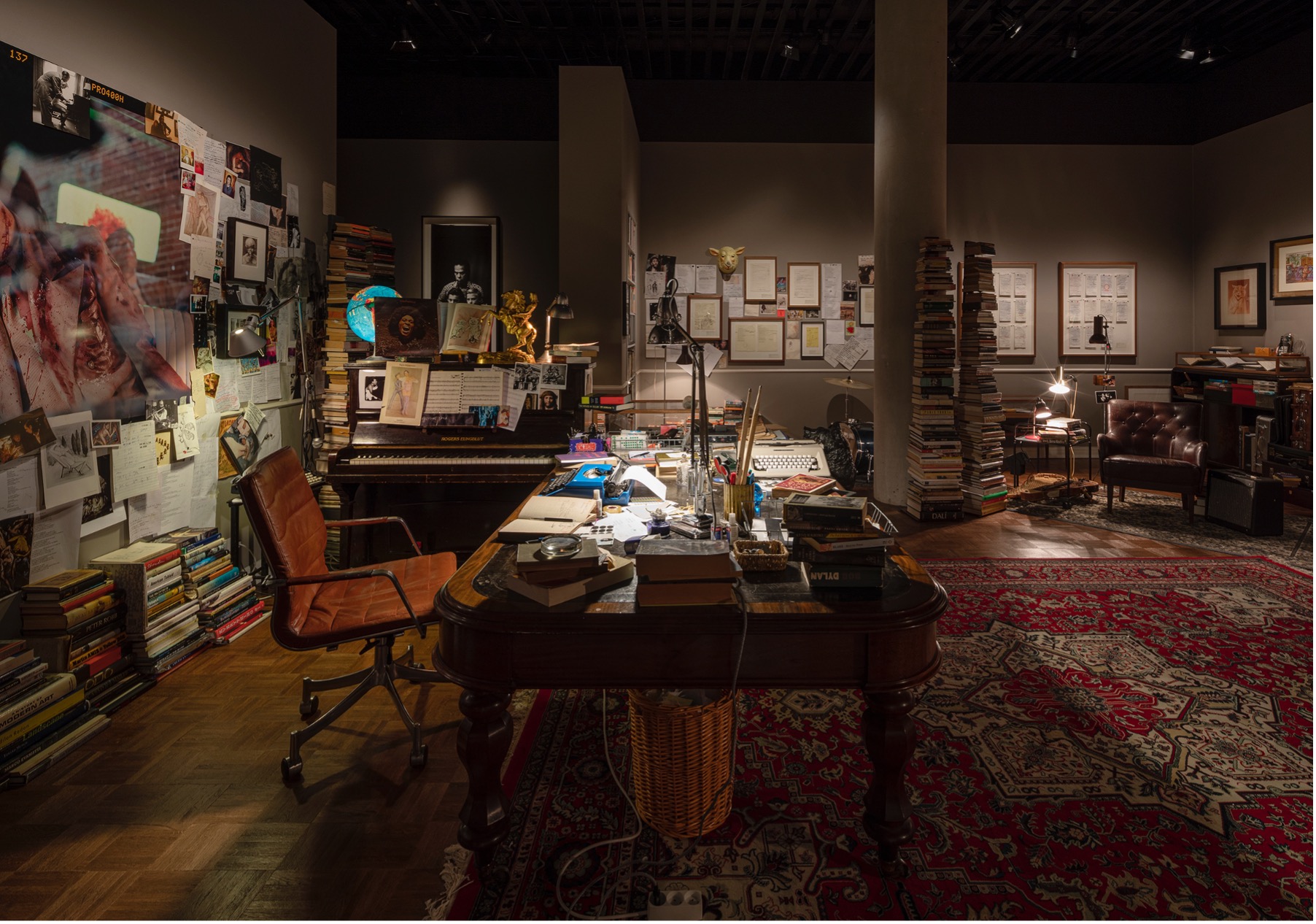 For most of my creative life I did indeed maintain an office at home. This office, with its massive desk, typewriter, shelves of books, and its accumulated piles of artefacts and self-absorbed scribblings, I considered to be my ‘sacred space’, a fortress where I could shut the door and lock out the world. But in time this office, my retreat, started to become a place of exclusion or of hiding, a place where I could turn away from the world, under the guise of being creative, at the expense of all else.

In 2019 I gave my office – the desk and the entire contents – to the Royal Danish Library in Copenhagen for the very beautiful Stranger Than Kindness – The Nick Cave Exhibition. My office is currently in Montreal as it travels the world with the exhibition. Handing it over was one of the things that allowed me to find my way back to the world. Giving up my office helped set me free.

I came to understand that the sacred space is the imagination itself, or rather the time spent inside the actual idea – the song you are composing, the story you are writing, or the picture you are painting. The sacred space, for the artist, is within the creative flow, at the crucial and fiery point of artistic intention, where time suddenly contracts and the work finds its power and its groove. My sacred space became the rolling fire of the imagination.

But, you know, these days, I wonder about this too. Maybe these lofty claims about the imagination are yet more artistic hubris, a further place to hide, like the office – another invented way to separate ourselves from the world. Perhaps, the sacred space is simply the world itself – a hallowed place where we all exist at this time, where we engage with life in all its many tempers, within the present moment. Perhaps the thing we have spent so much time escaping, or attempting to create, was there all along – the blessed space, the sacred space, the truly creative place – the world around us. 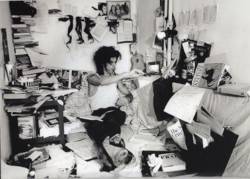 THE SANCTUM BY BLEDDYN BUTCHER