I just met a guy who has completely the opposite political beliefs to me but I really like him. Are we doomed? 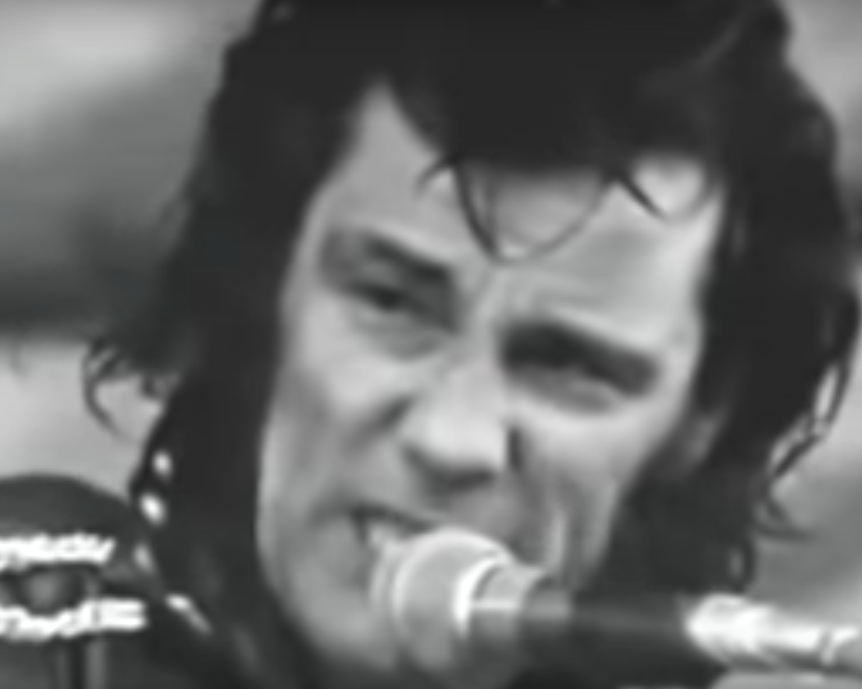 The Sensational Alex Harvey Band are the uncrowned kings of 70’s rock. Do you agree?

Evie, in no way are you doomed! Who wants to hang out with someone who agrees with you all the time? A certain friction is essential, and disagreement and mutual forgiveness can become the measure of an interesting and durable relationship.

I am reminded of my long friendship with Bobby Gillespie. Now, there is much we don’t agree on politically, however it has done nothing to affect our relationship, other than to energise it, I think. And not everything is politics. At the end of the day, there is always The Sensational Alex Harvey Band!

Here is a text exchange between Bobby and me from June 2018.

N: I’ve been stranded in Porto airport for hours. Nothing is happening. I want to shoot myself.

B: This will cheer you up.

N: Fuck! I’ve never seen that! My first band was basically an Alex Harvey cover band. We did Framed, Isobel Goudie, Faith Healer, Gang Bang, Next, Midnight Moses, everything. I wore jeans and a tight cropped t-shirt and our guitarist wore clown make-up like Zal.

B: I love that u guys loved Alex Harvey. He did an interview before punk where he said that rock music had become stale and needed high-energy (my words) bands to rise up and blow away the old guard.

N: He was the greatest.

B: He was so loved in Glasgow. His ‘Delilah’ was murderous.

N: Our first gig was a Battle of the Bands thing in a country town and we played ‘Framed’ and came second. It’s been downhill ever since.

B: Do you have a recording?

N: No. His version of ‘Next’ was the greatest, by a million miles.

B: It’s fantastic. I borrowed that album as a teen and that track blew my mind. “The first taste of Gonorrhea”. Amazing.

N: Such fucking venom. As a kid in Australia I could never understand why Alex Harvey sang in such a bizarre way – the way he pronounced his words – I never knew about Scottishness. Then I met you and it all made sense!

B: It’s an exclusive dialect.

B: He couldn’t have come from Edinburgh.

B: Unintelligible. Probably just as well! I’ll teach you.

N: Took me literally years to work out what you were saying!

B: Thank God. I may have been a wee bit smashed.

B: Thank u Father. Check this out. Pure evil.

N: I am inspired!

N: Getting on the plane.

B: So dark. Safe flight.

N: Coming to the rescue! 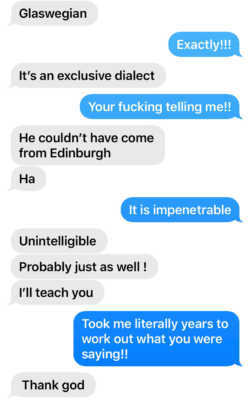