It seems that in your last few albums you have been writing songs about animals and nature? Do you have any animals at home? 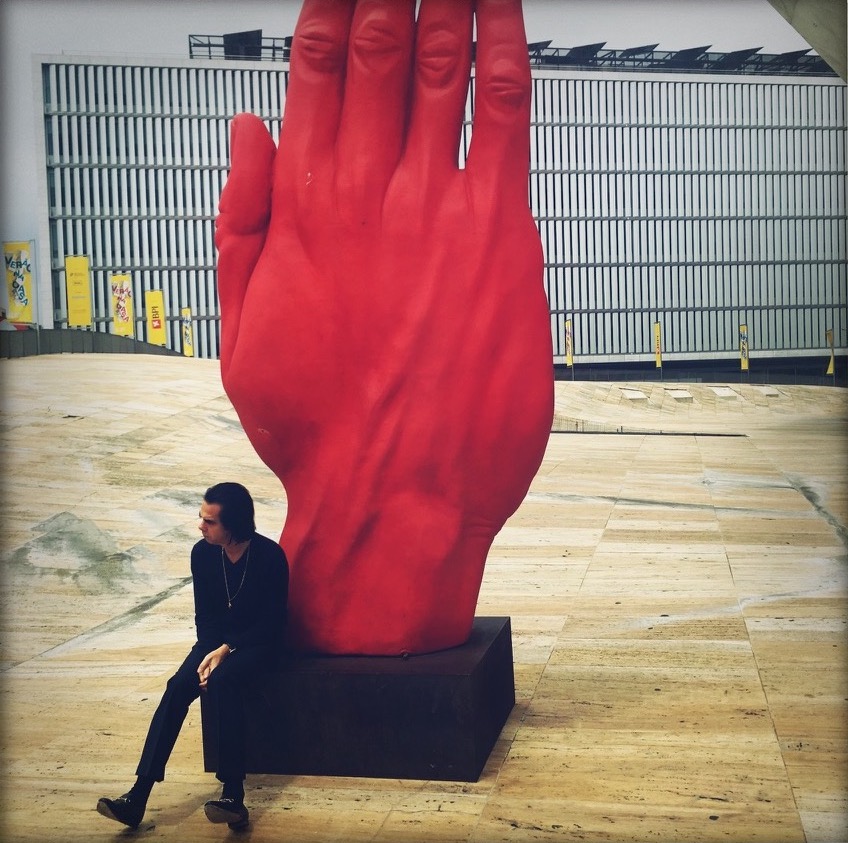 As I write this I am sitting in a studio with Warren in California working on the new record. It‘s a strange and wonderful thing and very different from what has gone before. We are under its spell. In the meantime I have been inundated with questions. The response to The Red Hand Files has caught me completely unawares, so thank you and everyone else very much.

To answer your question – we have two family dogs. A gentle moony dog with sad eyes and cancer called Otis and a psychotic little dachshund called Nosferatu, whose one great enterprise in life is to bite me. I think it is safe to say that I love these dogs considerably more than they love me. They are devoted to my wife and guard her from me with their lives.

Nature does feature more and more in my songs. Our natural environment has become a kind of crime scene as we tear away at it, and exploit it, and burn it, and melt it. This is of considerable concern to me as an inhabitant of this world, and I feel a certain amount of existential shame for being a part of the generation that bled it dry. It saddens me as I grow old to leave such a mess for our children to deal with.

Having said that, the natural world in my songs is less about the destruction of the environment and more concerned with the biblical notion of paradise, within which I can set my human dramas of suffering and transcendence. My natural world is nature unspoilt, but with a kind of apocalyptic consciousness. The nature in my songs knows what’s ultimately coming. It is a world of metaphor, where nature becomes alive with the promise of God, where the moon is a mute witness and the stars hang in the air like questions.

For me, the imagination is essentially religious as it reaches beyond truth toward meaning. And meaning itself is a kind of truth unburdened by proof. Science has its duty to truth, and so it should, but the songwriter and the poet move beyond what is known into the unknown world. They spend their time in a kind of dream world – a realm where God and his ghosts dwell, banished there by grim reason and rationality. This is our absurd and deluded dominion in all its feverish wonder. It is the enchanted forest. This is the world from where I draw my songs. If you are an artist, well, I’ll see you there, no doubt. If not, you can sail there on my songs!

A final note on the dogs – my wife, Susie, is devoted to them and it would be fair to say she shows more understanding and empathy for the animal world than she does for the human world. Susie can look into the berserk eyes of Nosferatu and just melt him. She is a dog-whisper. She has the same effect on me. She is a husband-whisperer.

What is it that the seemingly recent connection to your fans is giving you to encourage you to hold these forum-style events?

Do you really feel the love of your fans? And if you do, what does it bring you?

The forum style events, which I will be doing more of next year,  have to do with many things. First of all, the concerts have been  expanding, which for the band and me is clearly very exciting. I feel the show which we are doing works on a large scale – in fact I enjoy doing it more as I still feel I have a very direct connection to my audience, but there is also a massive transcendent effect that is difficult to resist. However, I am very aware that the larger format can feel alienating to long-standing fans and I wanted to find a way of staying  connected to them. This is partly the reason why I have decided to do the In Conversation events and also The Red Hand Files.

Leisa, when you say ‘a seemingly recent connection’, this is both true and untrue. I have always felt connected to the audience. I feel though that these days there is a place that exists beneath the stratum of our actual lived selves – a river of light that can be accessed through the live performances. It is this river of light that flows through us all and binds us together.

But there is another reason why I have decided to do the In Conversation events and The Red Hand Files, and that is a growing need for me to speak about certain things and not finding the appropriate places to do so. Some of the issues are difficult and require a bit of room, or space, or even nuance. I think there is much to speak about outside music as well as inside. I think people increasingly have a hunger to engage in alternative ideas about all manner of things and this is evidenced in the kind of questions that have been sent to me. I also receive a lot of mail these days from people in difficult situations and I feel that I have some experience which I can pass on.

Finally, in response to the ‘do I feel the love?’ question – when I am on stage I feel a very deep connection with my audience that transcends anything I have felt previously. I experience people on a ‘soul’ level that for me is extremely powerful. When I look into the audience, I feel I can connect with each of them individually on an acutely personal level. I can see inside them. The more attentive I become, the stronger the feeling. To physically engage with the audience is important too – actual touching builds both a real and a metaphorical connection and it is an essential component to the live shows. I am stealing energy when I do that – as if the audience are a power source. Perhaps I am giving it out too. The circuit is complete.

Without being hyperbolic, this feeling of collective love has saved my life. It is a transcendent circle that just seems to grow stronger. It is religious. A dear friend of mine, who is essentially an atheist and has no time for religious institutions, says she finds her spiritual transcendence at a Bad Seeds show. I believe her. I feel it too. It feels open and urgent and honest, and ultimately uplifting, moving us towards a sense of betterment and meaning. I arrive at this place, not by the music, but by the energy transmitted from the audience. I am awed. 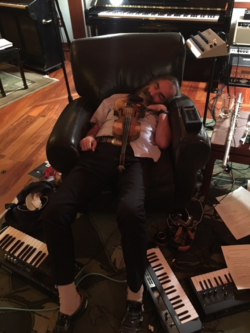 Speaking of rivers of light!